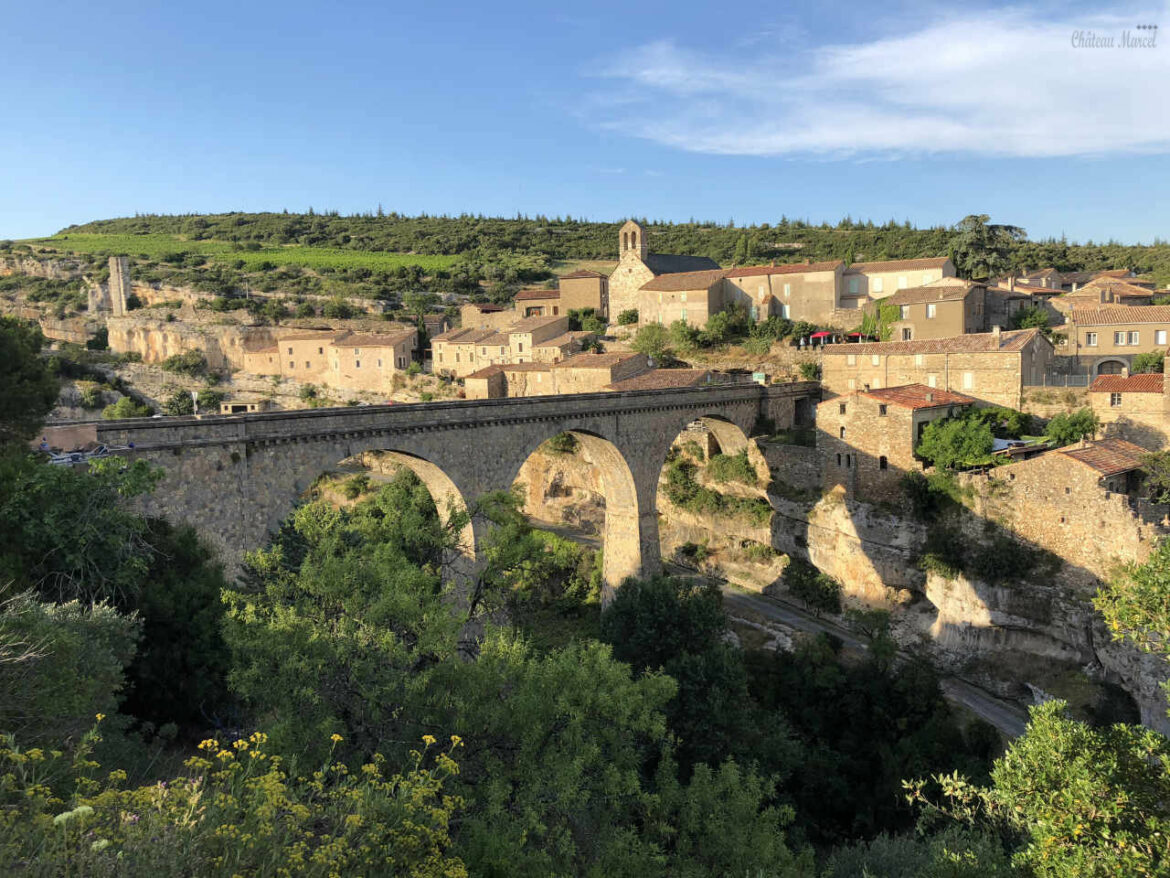 Minerve is ranked among the ” most beautiful villages in France “. The territory “Minerve City, Gorges of the Cesse and Brian” is engaged in a process to obtain the label ” ®Grand Site de France “.

The plateaux of Minerve and the Minervois have always known human occupation:
in the entrance of the caves or rock shelters during prehistoric times;
in dry stone huts and hill forts during the early history, and finally in the fortified sites in the Middle Ages.

Established on a peninsula of rock of difficult access, Minerva is a powerful city during
the medieval period. The House of Minerva viscounts dominates the Minervois. But the crusade
against the Albigensian will change the organization of local authorities. Called by Pope Innocent III
in 1208 to fight against the Cathar heresy *, the Crusade will result in the
attachment of the provinces of Languedoc to the crown of France.

Since June 1210, the Minerva of city is caught in the torment of the Crusade,
as Beziers and Carcassonne 1209.

The Crusaders leave no other choice to Cathar refugees to Minerva as to convert.
Refusing to renounce their faith that would let them live, 140 Cathars were condemned
to the stake. Minerva was the first collective stake of the beginning of the crusade.

Simon de Montfort, the military leader of the Crusade, decides to take the city deemed impregnable. Making catapults and trebuchets place around the stronghold, he ordered its destruction. The only water in the city, the holy Rustic wells unusable, lack of food, heat quickly forcing the Viscount of Minerve to surrender.

Catharism is a religion Christian implanted in Western Europe around the year thousand.

It is organized into évêchés.Elle offers a dual reading of the Gospels where two opposing principles:
God the Creator of all goodness and eternity and the principle of evil, visible and corruptible world.
Religion transmitted by consolamentum (baptism of the Spirit), she could survive eradication
by force and fire of the only people able to transmit.

The stronghold: the candela (candle in Occitan) section of wall thirteenth century castle. The Dove of artist Jean-Luc Séverac remember in peace monument Cathar victims of the stake of 1210. The ramparts still surround the city. The low gate, the only still visible of the three gateways to the city.