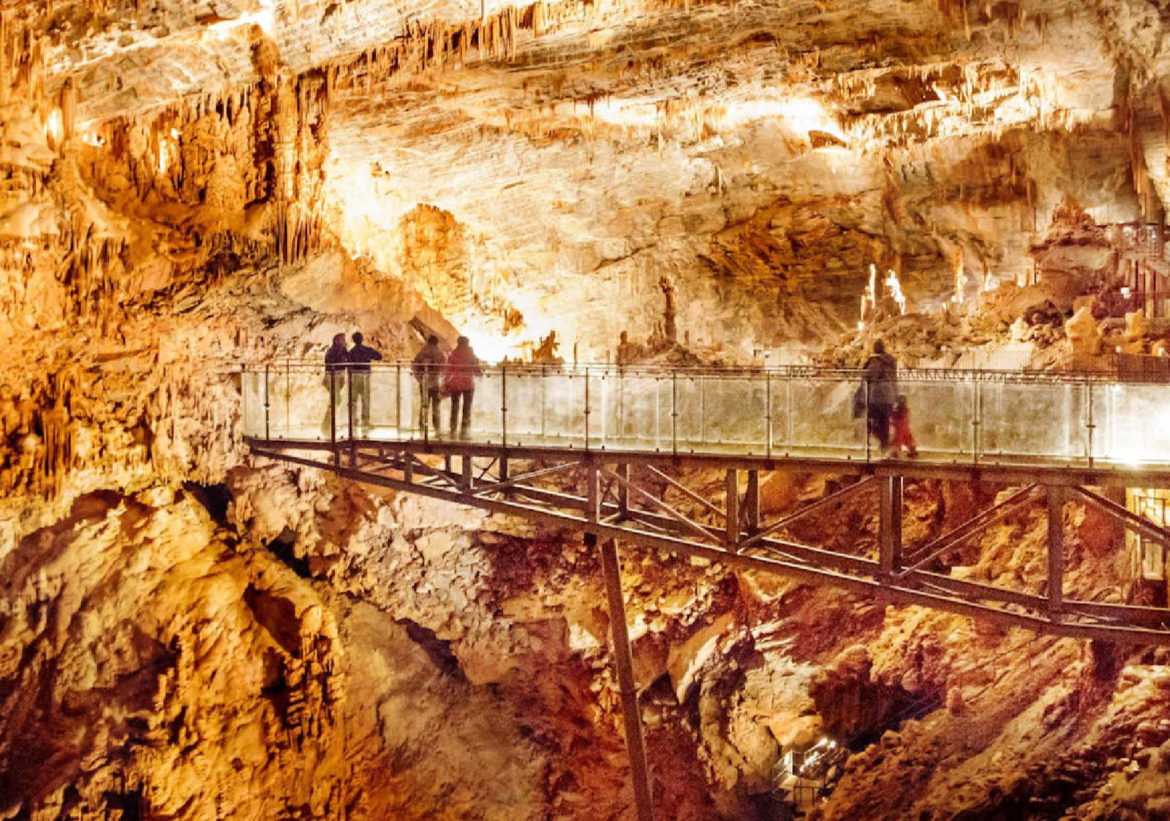 You will visit the giant chasm in peace from a walkway in the belvedere. The scenery and the play of light make it an exceptional site.

The artificial entrance to the cavity opens above the village of Cabrespine in the Aude department, near the Pic de Nore.

The chasm is discovered in 1934 by the speleo-club Aude. However, it is mentioned in documents dating back to the sixteenth century (1570), and there were found many vestiges attesting its ancient use by men, including pottery and tools of all kinds.

Famous speleologists who have traveled the grotte of Cabrespine and were struck by its beauty; thus, in 1981, Michel Siffre declared: “I saw in Cabrespine bouquets of aragonite of a size unique in the world”. 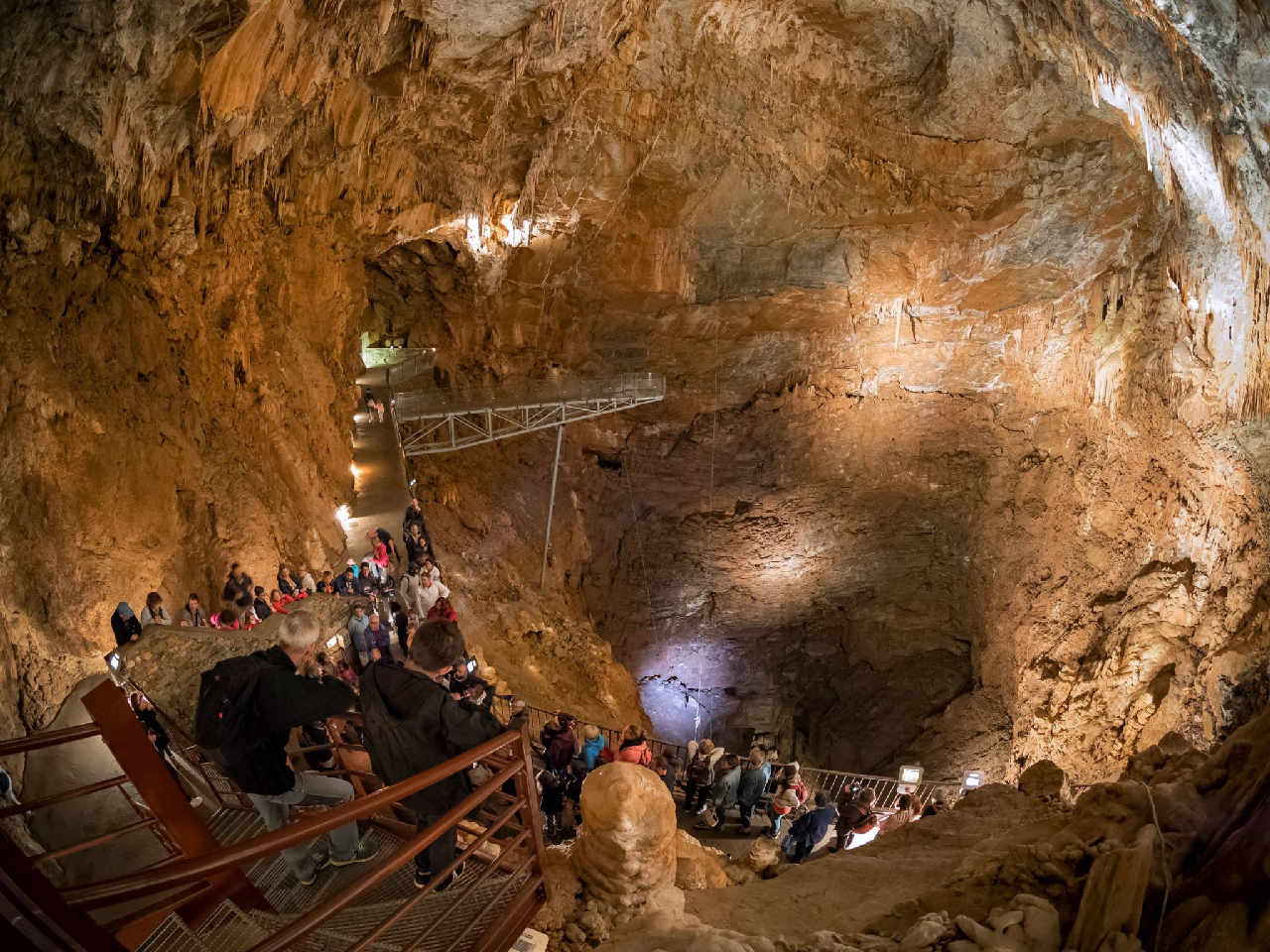 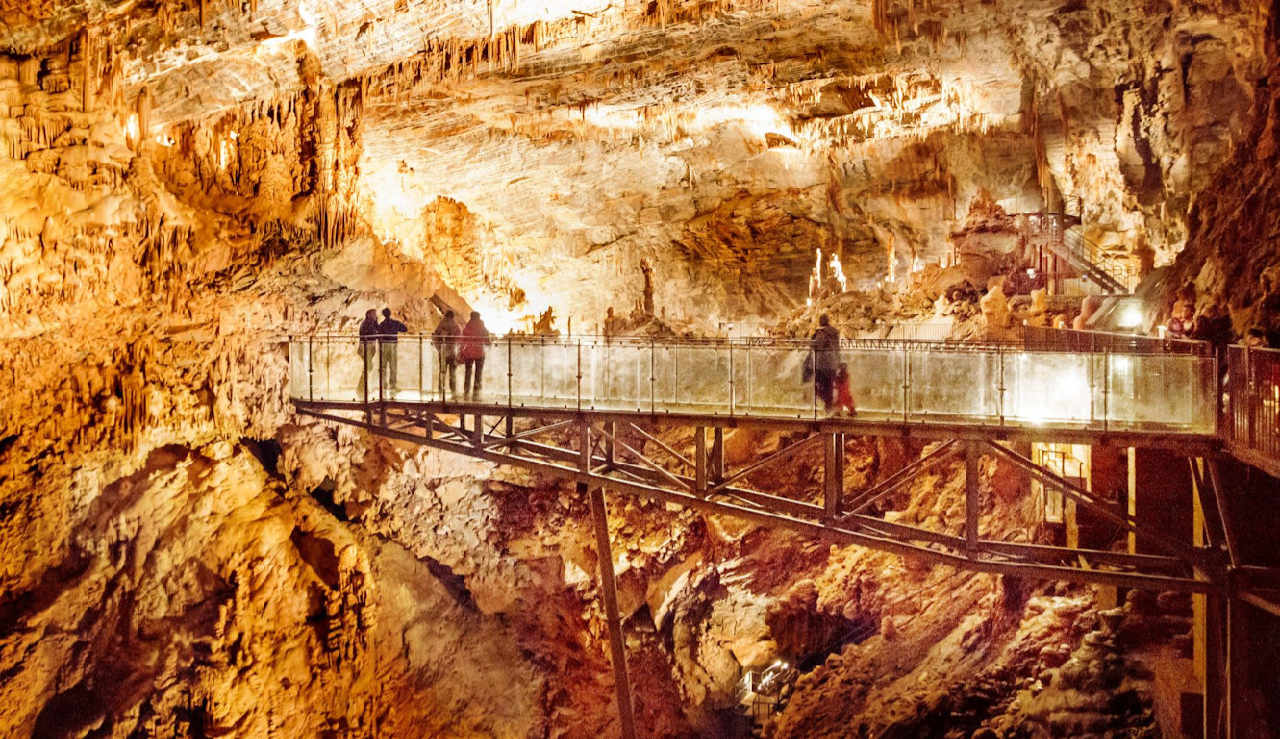 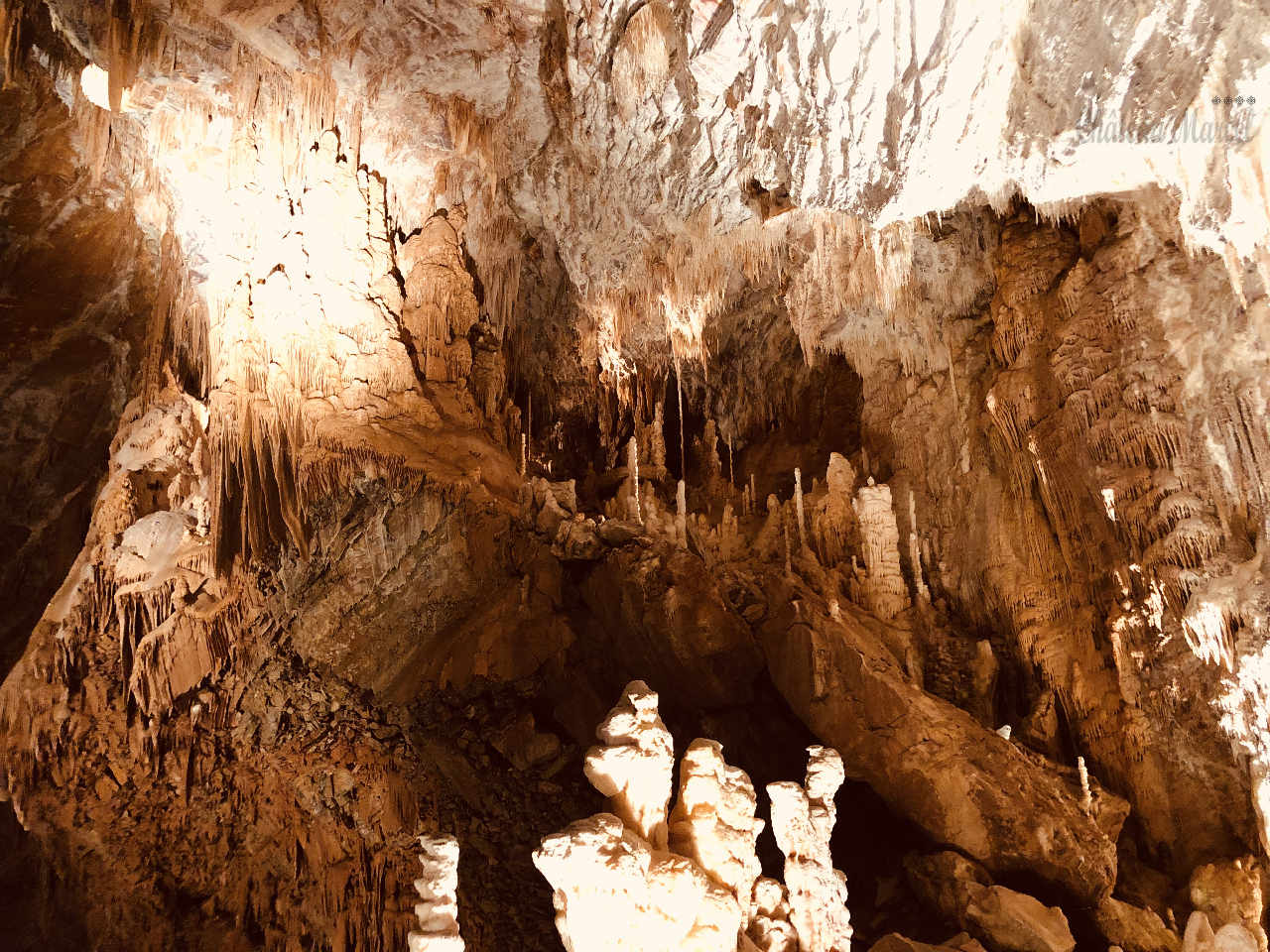 The chasm has impressive dimensions: 80 meters wide for 250 meters deep; it is renowned for its wealth of speleothems: discs, eccentrics, aragonites, draperies, columns, waterfalls …

The variety of crystallizations is exceptional in crystals of calcite and aragonite, richly colored by metal oxides (iron and manganese).

The red rooms, so named for the bright ocher shades due to the presence of iron oxide, contain discs, huge crystallization trays literally hanging from the vault and whose weight can reach several hundred kilos

The vast underground network is traversed by an underground river whose bed is carved in blue marble. Crossing several kilometers underground, this river sees the day at the resurgence of Prestil at the foot of the castles “Cathars” Lastours.