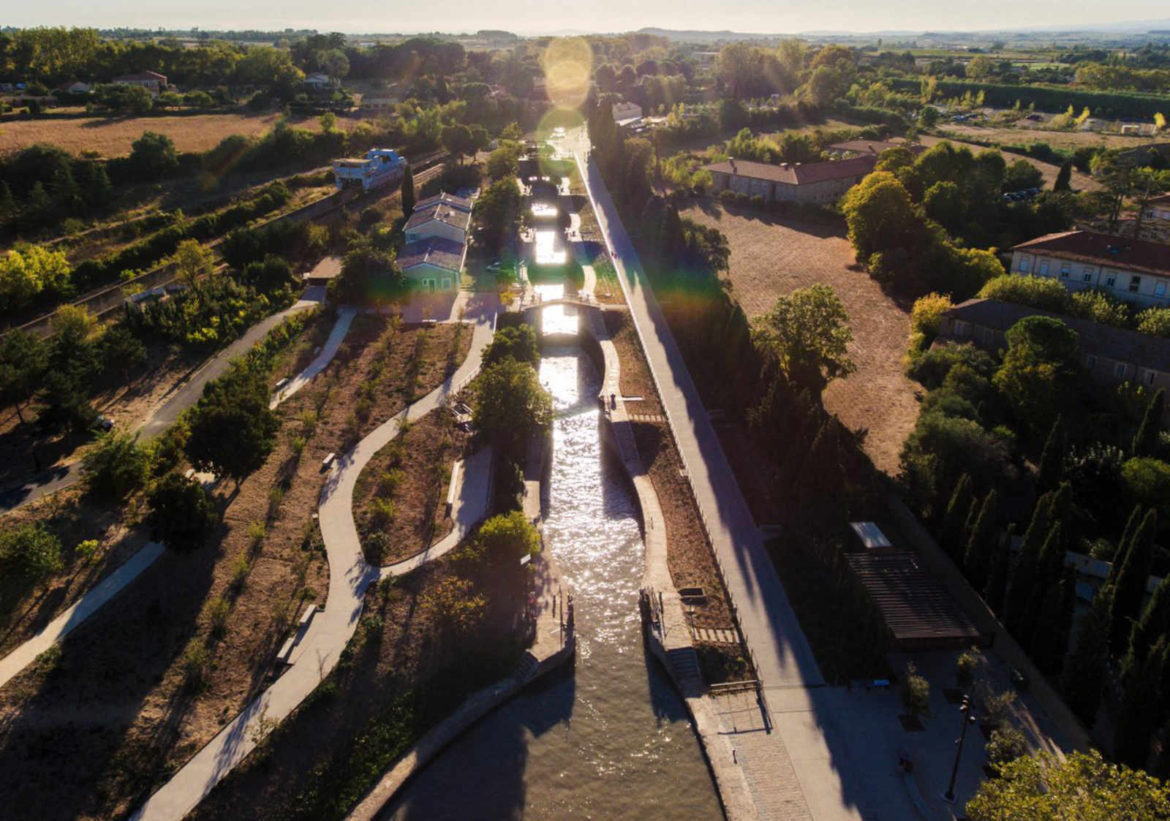 Since 1858 and the construction of the Orb canal bridge, the last two locks are no longer used. The adjacent locks are the Orb Lock to the east and the Argens Lock to the west.

The lock ladder has eight ovoid-shaped basins (specific to the Canal du Midi), and therefore 9 doorsnotes, allowing to cross a difference in height of 21.50 m, over a length of 312 m. In the 19th century, when it was decided to abandon the crossing in the Orb bed and build a canal bridge, the 7th basin was modified to be connected to the new reach leading to the bridge. Henceforth, only six locks (7 doors) are used. On the old channel, there is a last lock at the mouth of the Orb (double lock Notre-Dame abandoned). 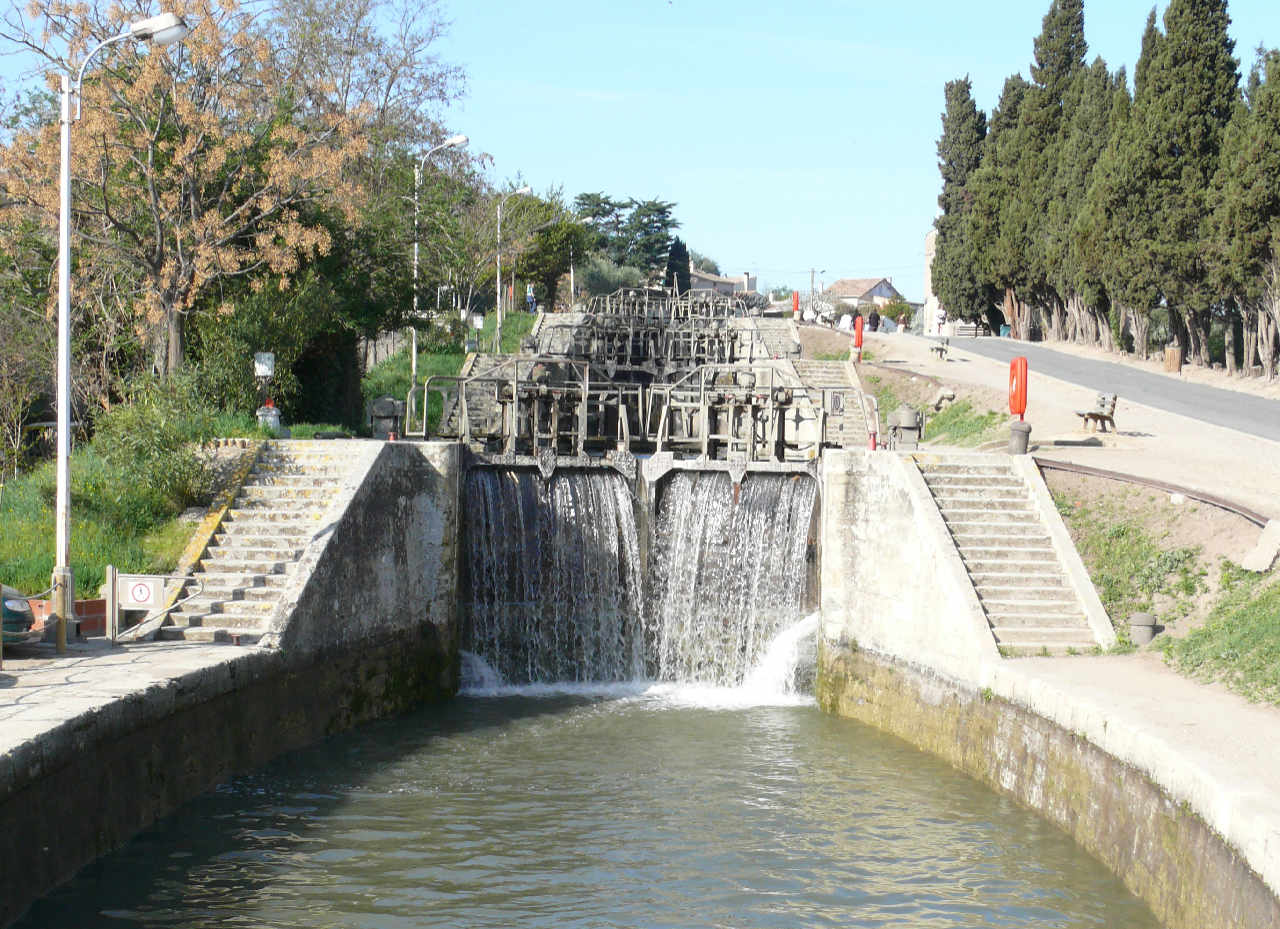 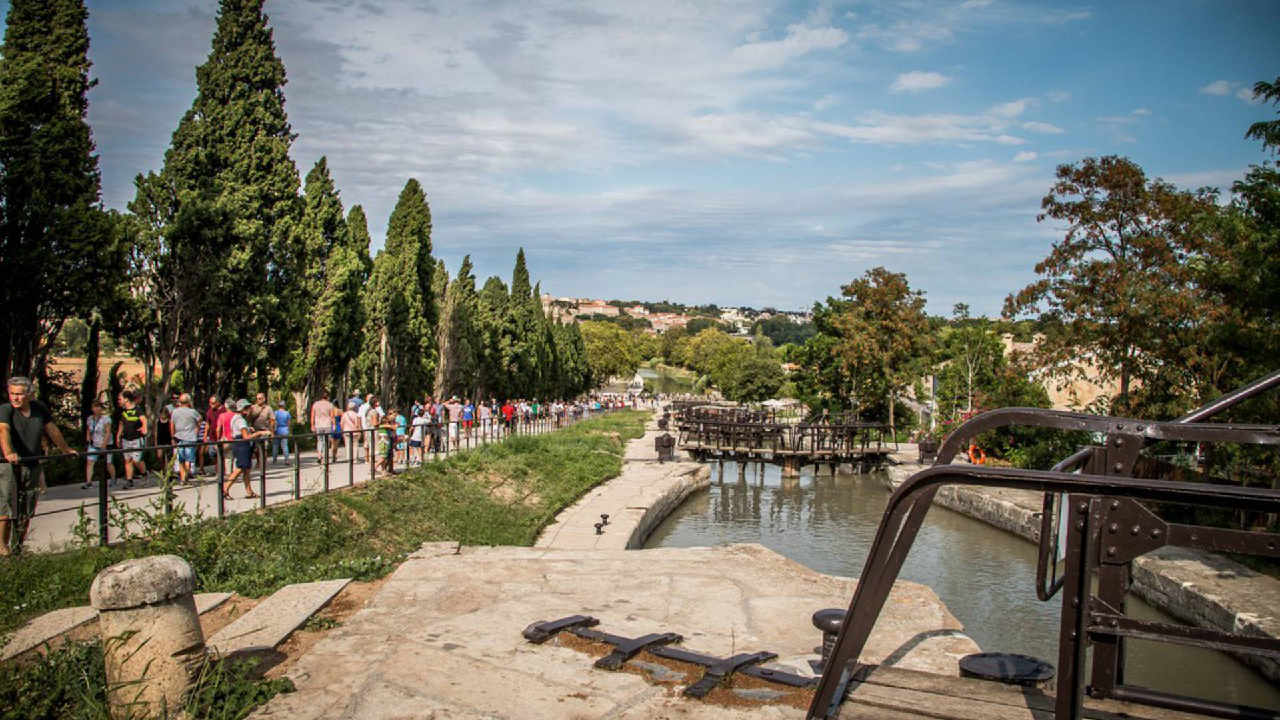 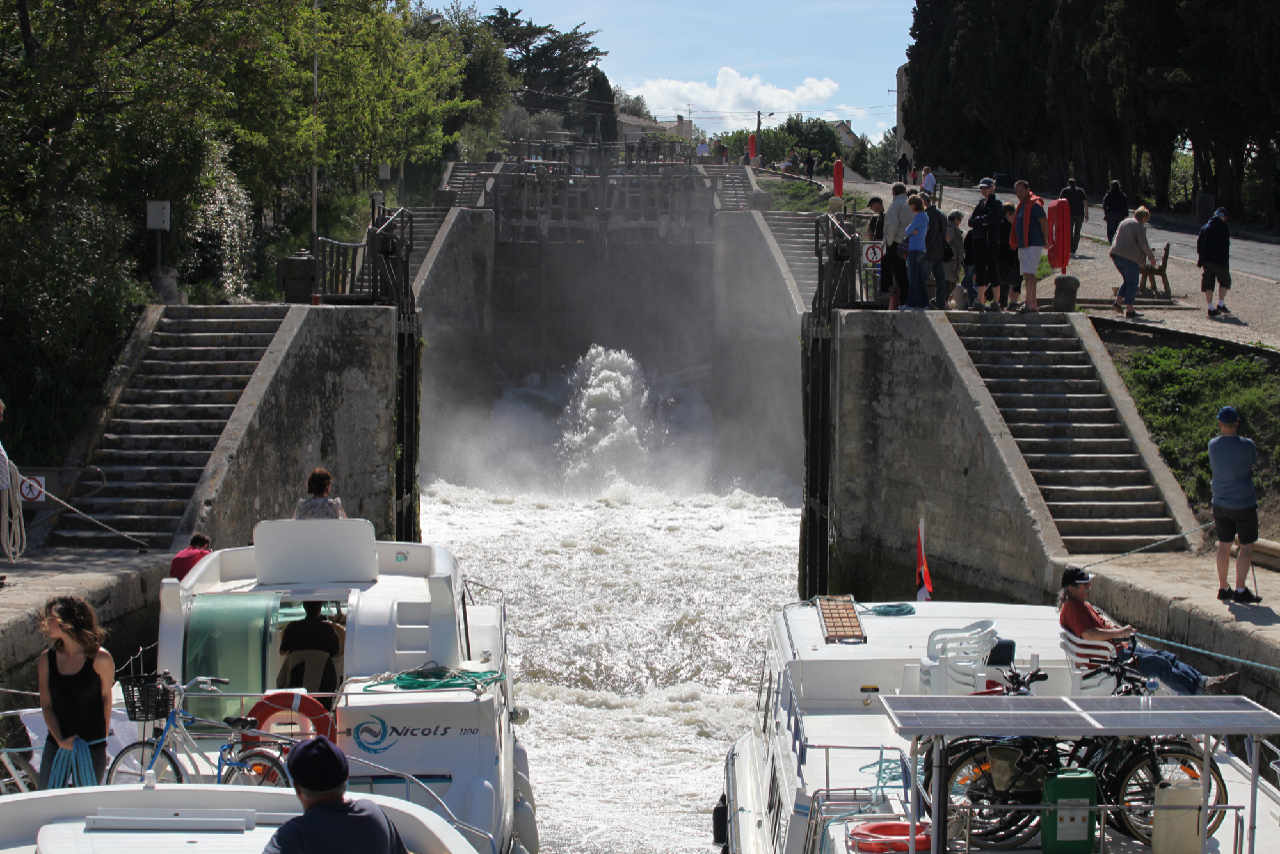 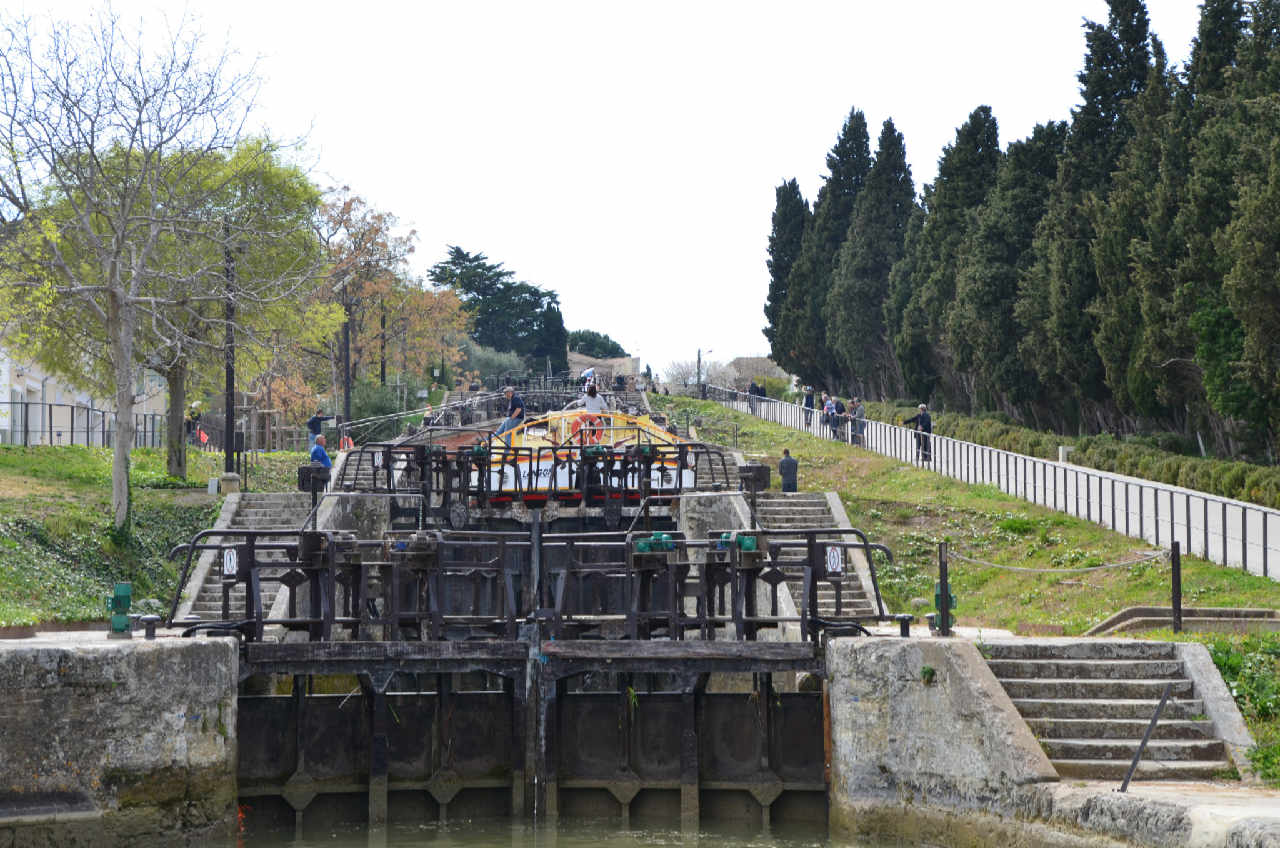 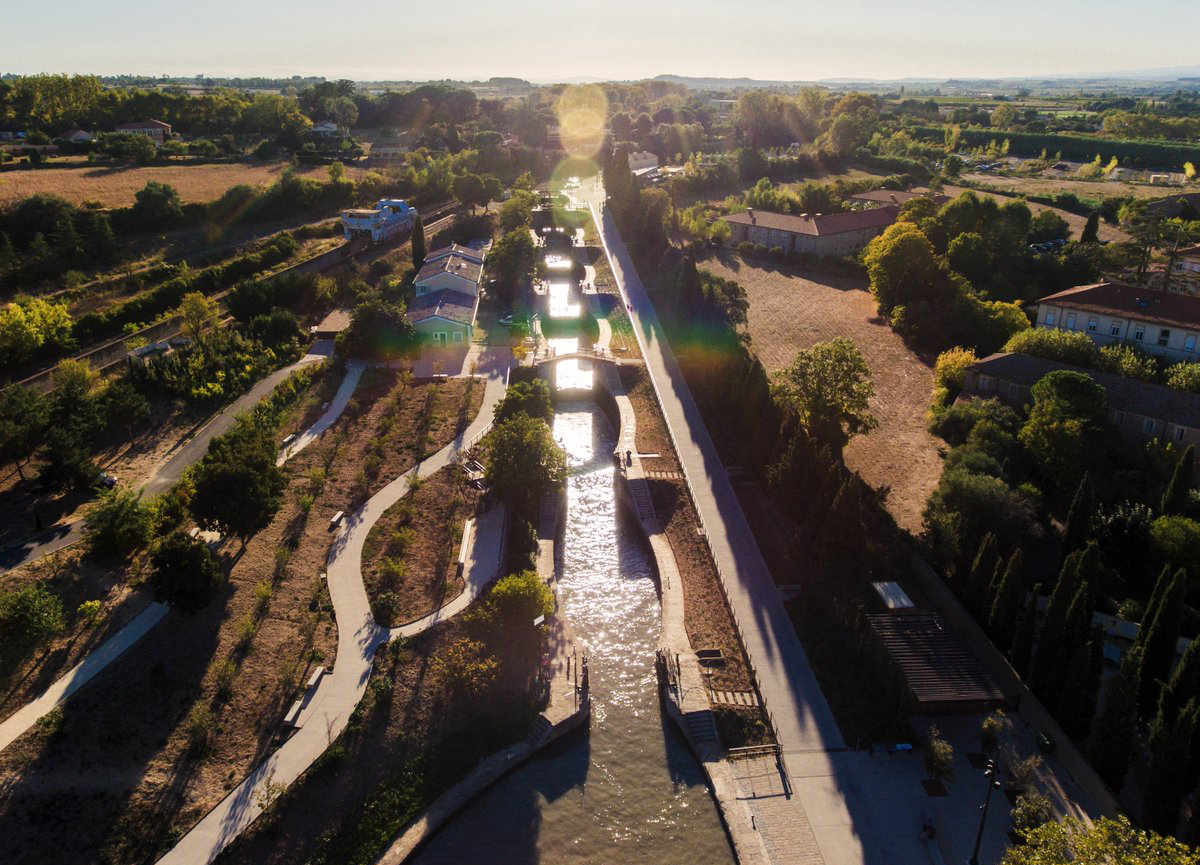 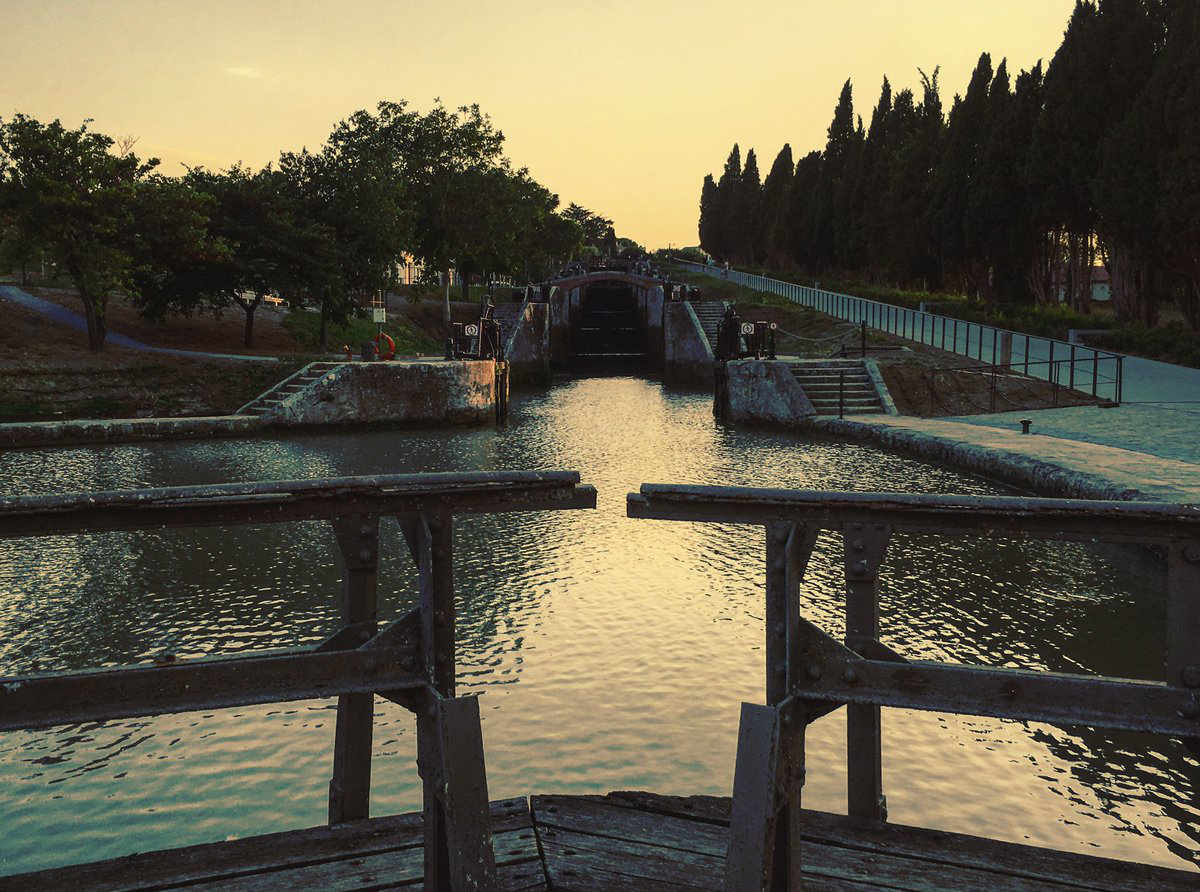 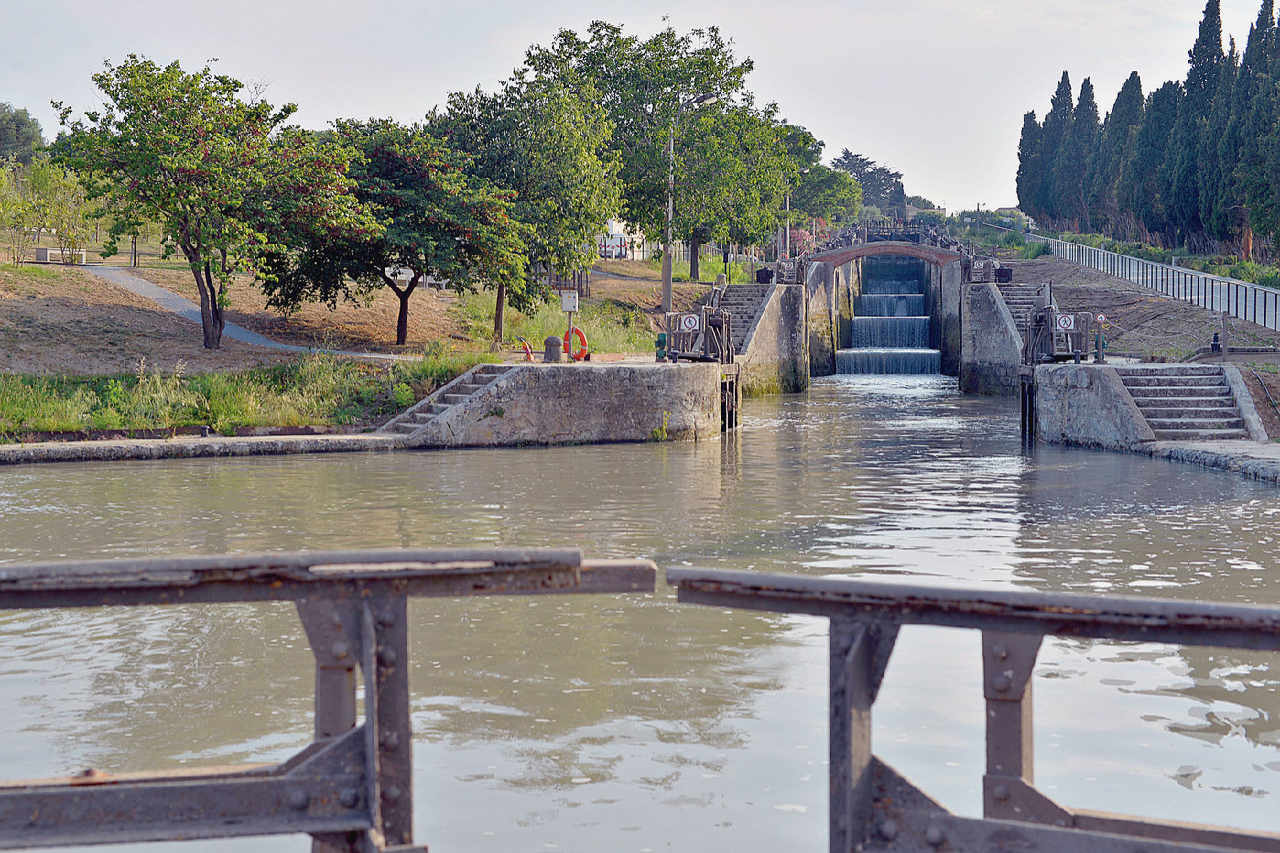 The majesty of the place, the technical prowess it represented in terms of civil engineering, still capture the visitors of the site today. Traditional buildings such as the watermark, the stables, the lock keeper’s house still survive. This set makes the Fonseranes locks the third most visited tourist site in the former Languedoc-Roussillon region, after the Pont du Gard and the city of Carcassonne. It is also one of the most visited works of the Canal du Midi, with 320,000 visitors a year.

Since 1984, the Locks Fonseranes are lined with a water slope, commissioned in 1988 built to double the scale of locks and reduce the passage time. However, this development, which did not have a budget sufficient to ensure more costly operation and maintenance than expected, was hardly used. The frequent argument of the collapse of the commercial traffic is very unlikely since it was already extremely reduced when the water slope of Montech was put into service fourteen years earlier.
It is currently abandoned.