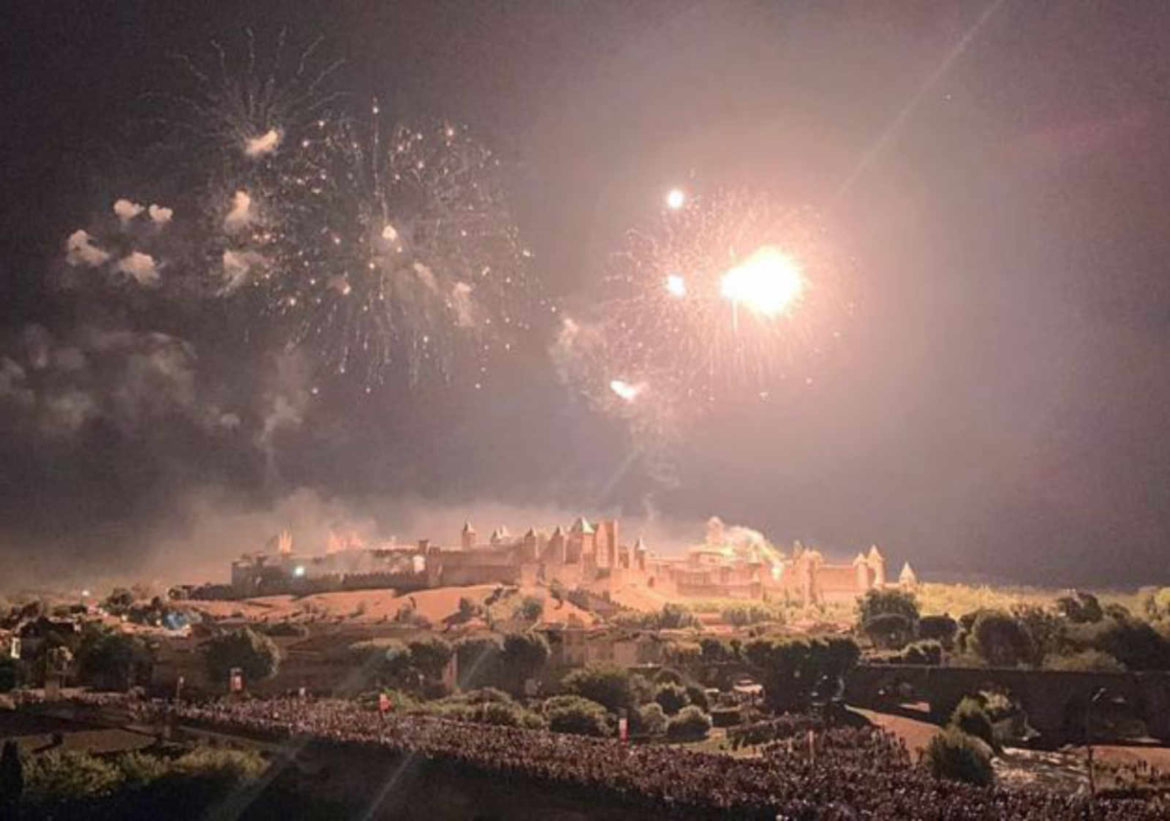 The Cité of Carcassonne has the finest remains of medieval fortifications in Europe.

On the summit of an isolated hill rearing abruptly on the Aude’s right bank, the site of the Cité was occupied as early as the 5th century bce by the Iberians, then by Gallo-Romans. The inner rampart was built in 485 ce, when Euric I was king of the Visigoths. Clovis failed to take it in 508, though Muslim invaders succeeded in 728, as did Pippin III the Short in 752.

The viscounts of Carcassonne and Béziers built the Basilique Saint-Nazaire (1096–1150), and about 1125 the Château Comtal was incorporated into the Visigothic rampart. In 1247, as a consequence of the Albigensian Wars, the viscounts’ possessions were confiscated by the French crown. Great artworks were then undertaken. The cathedral’s Romanesque transept and choir were replaced by Gothic structures (the Romanesque nave remains). The stained glass is from the 14th to the 16th century. The outer ramparts, also turreted, towered, and crenellated, were built during the reign of Louis IX and continued by his son Philip III, who also added to the inner walls the beautiful Porte (gate) Narbonnaise. The Porte, the only entry into the Cité by road, is guarded by two towers with projecting beaks and a double barbican that forced assailants to expose an undefended flank.

When Roussillon province was annexed to France in 1659, Carcassonne ceased to be a frontier fortress and was left to decay. In 1844 the architect and medievalist Viollet-le-Duc began reconstruction of the cathedral and the ramparts, work which continued until the 1960s. The Cité has about 1,000 inhabitants in its narrow, winding streets.

The Ville Basse was founded in 1240 when rebellious citizens of the Cité were banished beyond the walls. It was burned by Edward the Black Prince in 1355 when he failed to take the citadel. The church of Saint-Vincent and the cathedral of Saint-Michel, both 13th century, survive. Ville Basse is the business centre of modern Carcassonne. There is some light manufacture, but Carcassonne lives mainly on tourism.