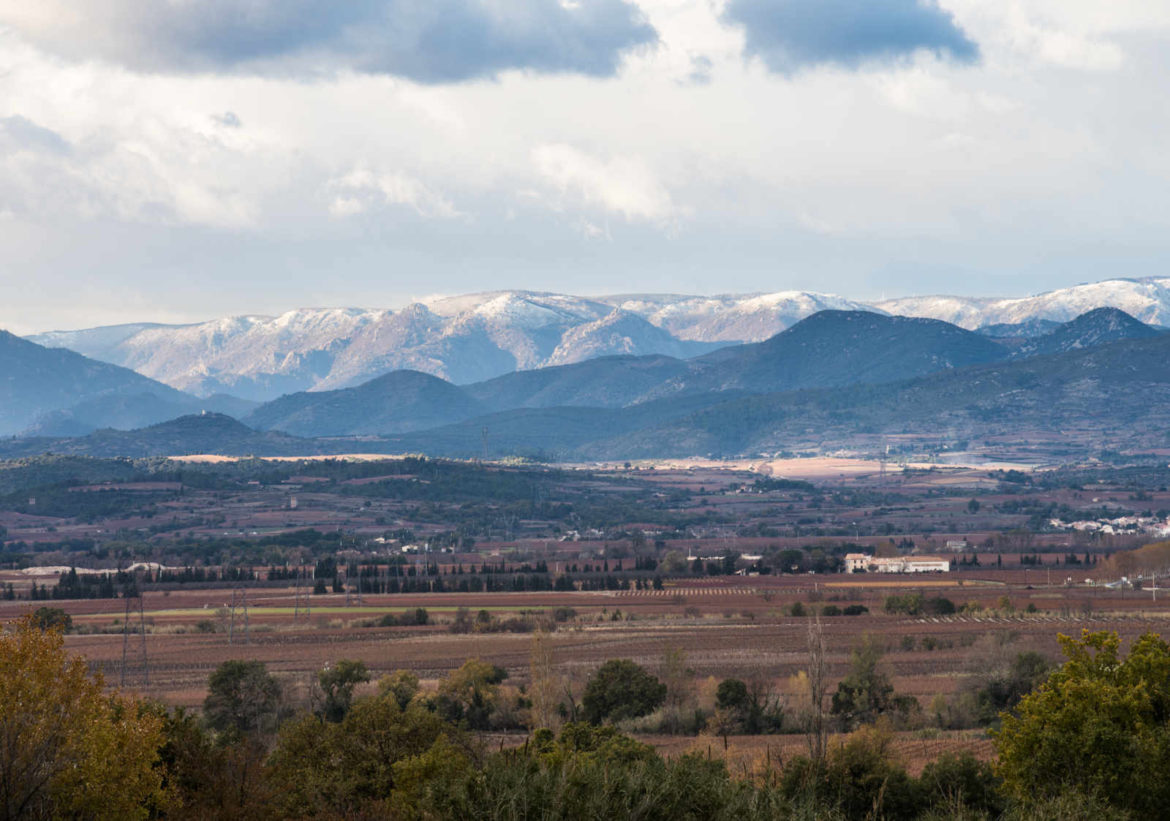 The Montagne Noire (Occitan: Montanha Negra, known as the Black Mountains in English) is a mountain range in central southern France.

Montagne Noire is a small, medium-high mountain range (around 35 kilometers from east to west and 25 kilometers from north to south), roughly between Carcassonne and Mazamet. The highest point is the Pic de Nore with 1214 meters.

Geologically, the Montagne Noire is the most south-western spur of the Massif Central; in the northeast it becomes the Monts de l’Espinouse. With the Monts de Lacaune further north, they form the Parc Régional du Haut -Languedoc.

The mountains get their name (Black Mountains) from the dark forests on the north side and from a meteorological phenomenon: due to collision of atlantic and Mediterranean air currents, there is often a very dense cloud over the mountains; because of the shadow it always looks very dark.

Because of the abundant rainfall many rivers spring up. This abundant rainfall led Jean-Paul Riquet, engineer of the Canal du Midi, to divert some of these rivers through a number of reservoirs in order to feed the canal. These savings basins and channels are still in use. The Montagne Noire is part of the continental watershed; the rivers to the north and west eventually end up in the Atlantic Ocean, while those to the south and east end up in the Mediterranean Sea.

At the end of the 18th century, the Arnette was an important source of energy for the so-called bare wool industry of Mazamet, making it one of the earliest French centers of the industrial age. In the narrow and steep valley of the river you can still see countless ruins of hydropowered factories; it is in fact one large (but poorly maintained) industrial monument. On the south side of the Montagne Noire run several rivers whose name is derived from the gold and silver present here, such as the Orbiel (Or Biel; Occitan for “old gold”) and the Argent Double (“double silver”).

Mining and metalworking took place in the valleys of these rivers in prehistoric times. In 2003, the last gold mine in Western Europe, that of Salsigne along the Orbiel, closed due to increasing operating costs. 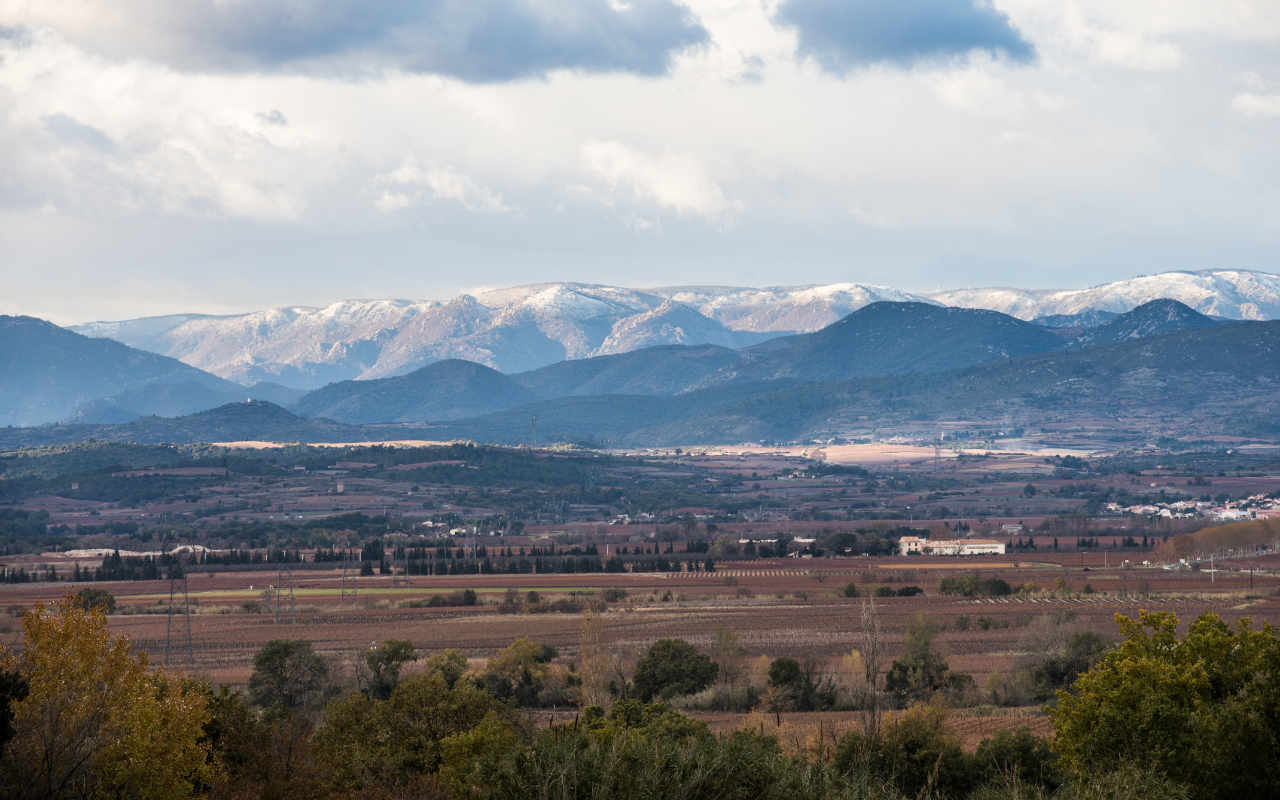 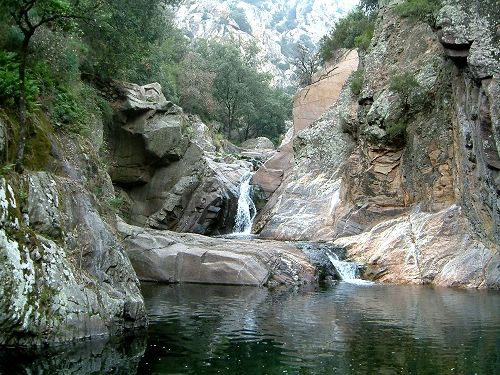 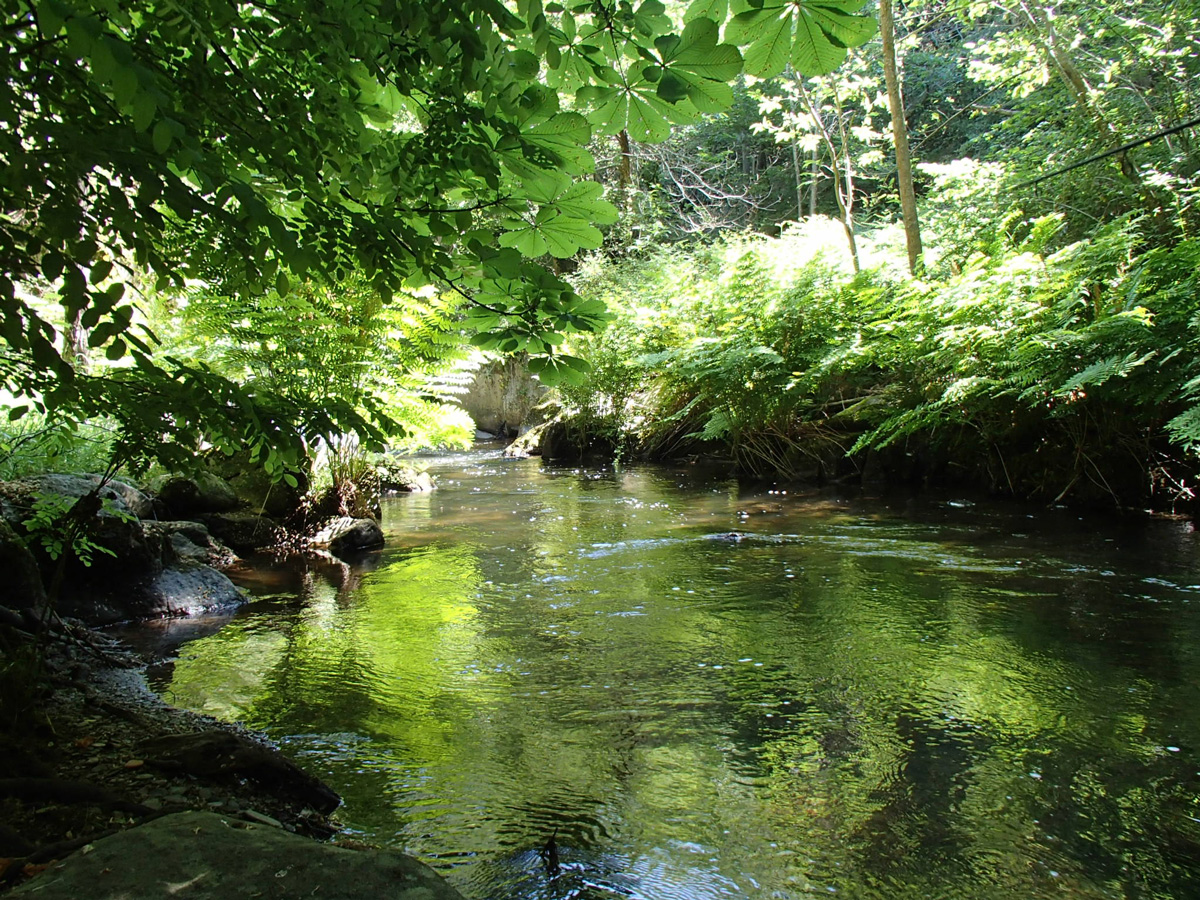 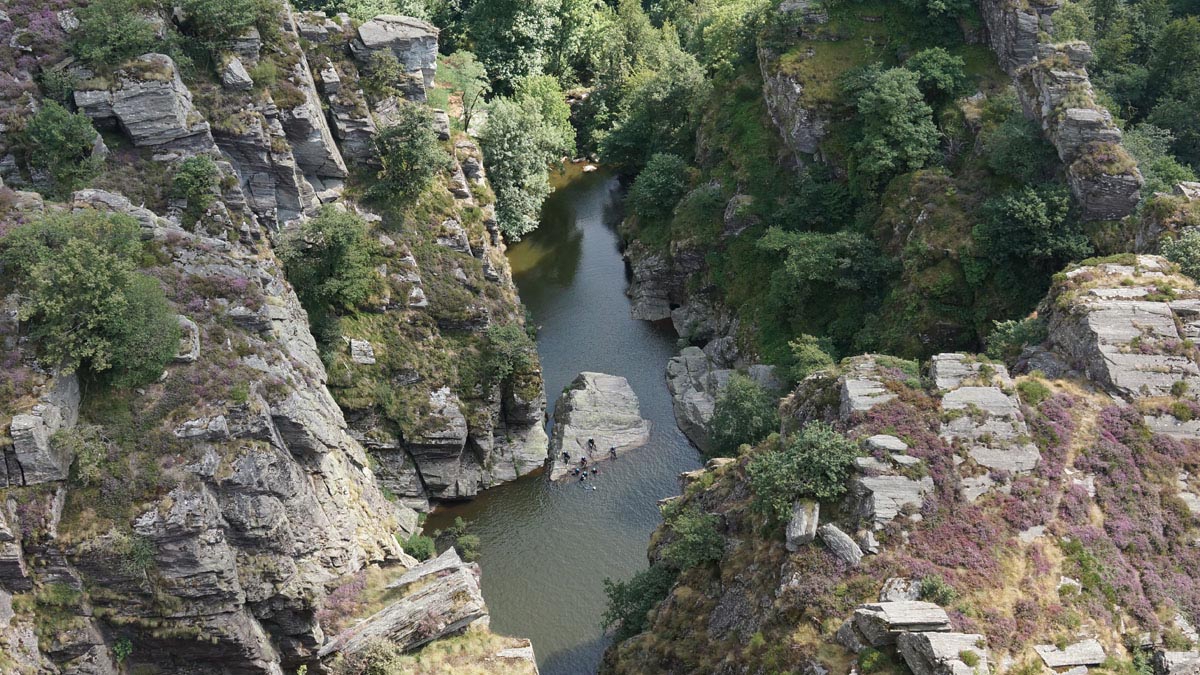 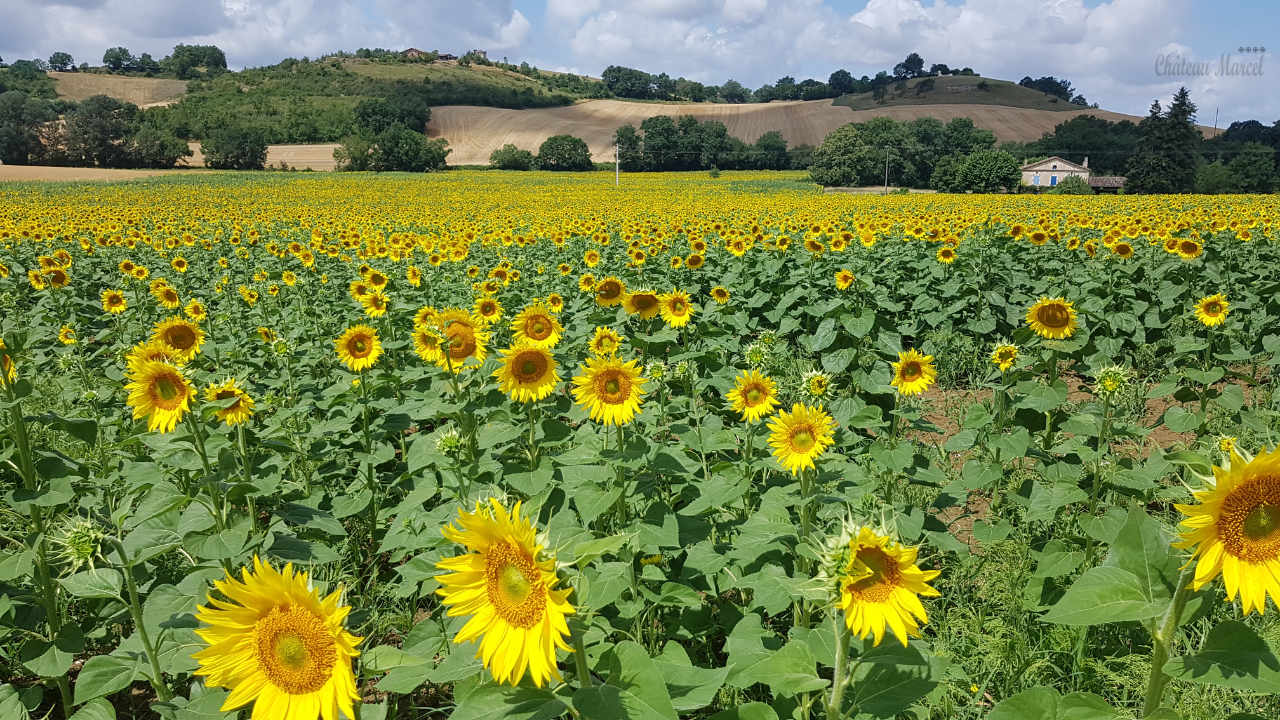 A number of large cave complexes can be found in the mountains. The most important are the Grotte de Limousis and the Gouffre Géant de Cabrespine. Both show the entire range of crystal formation. The aragonite formations in the caves are especially praised; those of the Grotte de Limousis are among the largest in the world. The Gouffre Géant is an almost 300 meter high cave whose roof is still very thin. Both cave complexes can be visited.

The history of the Montagne Noire

For the Romans, one of the reasons for conquering this part of Gaul was the presence of the gold and silver veins. A number of bridges and roads from this time have been preserved in the landscape; a number of castles have been built on the foundations of Roman defenses (Cabaret). During the early Middle Ages, the Montagne Noire formed the dividing line between the kingdoms of the Franks and the Visigoths (Septimania). Many of the castles whose ruins can still be found in the area today have their origins in this time (Hautpoul).

The castle complex of Lastours, with the main castle Cabaret, formed the regional center and was one of the most important centers of Occitan court life. The extraction of precious metals was the main source of income for the gentlemen of Cabaret. The (wine) region of Cabardès owes its name to this castle complex.

The Cathars were strongly represented in the Montagne Noire and remained active here longer than in the Bas-Languedoc. This was largely due to the protection of the castle lords of Cabaret, whose castle complex could not be occupied by the French troops despite repeated sieges. However, after the Treaty of Meaux put an end to the Crusade against the Cathars, all lords of the castle with Cathar sympathies were deposed and their glories and castles divided between the French crown and the Catholic church; hereafter the Cathars suffered heavy persecution. The occupation of the region by the French also meant the end of Occitan court culture. Due to its isolated location and limited strategic significance, the region remained outside the war-bustle of the Hundred Years War, partly because most gold, silver and copper veins became exhausted during this time.