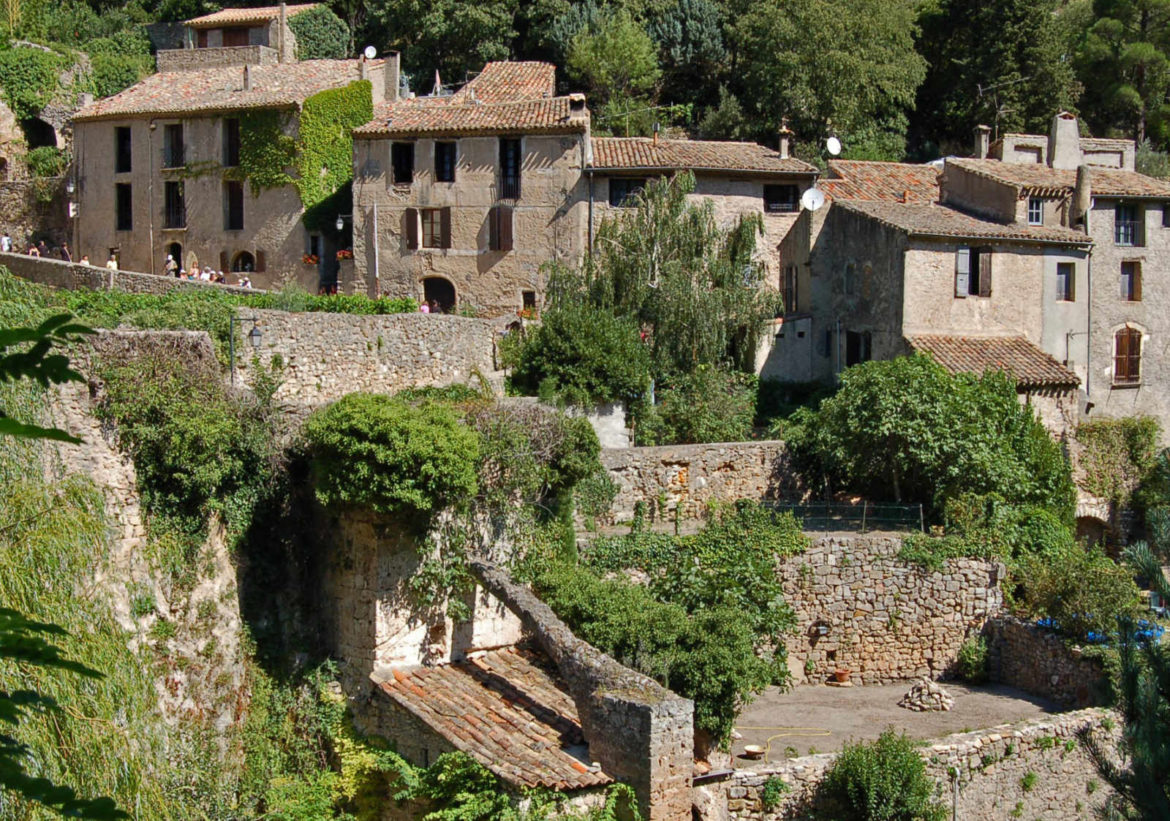 Saint Guilhem le Désert is located in Occitania in the south of France. The village has a long history and one of the most beautiful in France.

Spiritual stage on the Way of Saint James of Compostela, Saint-Guilhem-le-Désert is a small medieval town which is one of the Most beautiful villages in France which offers you a unique break…

Saint Guilhem le Désert is built around an abbey that was founded at the beginning of the ninth century by one of the knights of Charlemagne. And not just one: Guilhem, the great-grandson of Karel Martel. He was raised at the king’s court and was therefore a kind of childhood friend of the future emperor.

Together with Karel, he defeated the Moors near Nimes and drove them back across the Pyrenees. Guilhem was apparently a religious man and founded the Gellone Monastery where Les Verdus flows into the Hérault, still a unique place. After this war, he returned home, where he found out that his wife had since died.

The poor man decided to retire to his new monastery, but Karel himself put a stop to it and called him to services at his court. Noblesse oblige and Guilhem responded to his lord’s call. After a few years of loyal service, he received a number of important titles as a reward, including one that we know familiar: the Prince of Orange (Orange). In addition, Charles gave him the relics of the Holy Cross in his monastery.

The last years of his life he lived in the monastery where he also died. Little remains of the ninth century monastery. In the eleventh and twelfth centuries it became a popular place of pilgrimage and more than a hundred monks lived there. That brought with it the necessary budget, which stimulated the desire to build. This resulted in the current buildings that are very worth checking out. 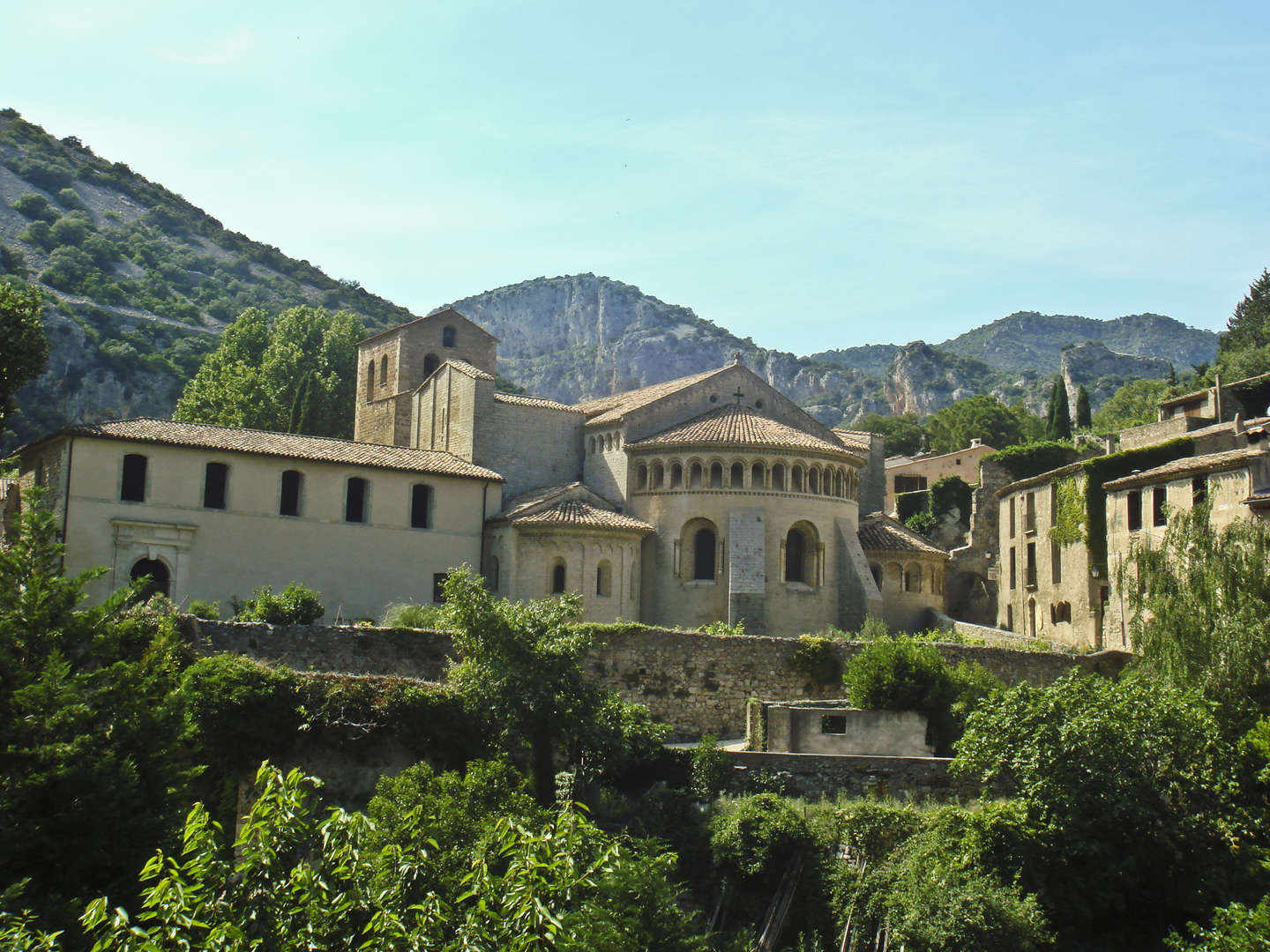 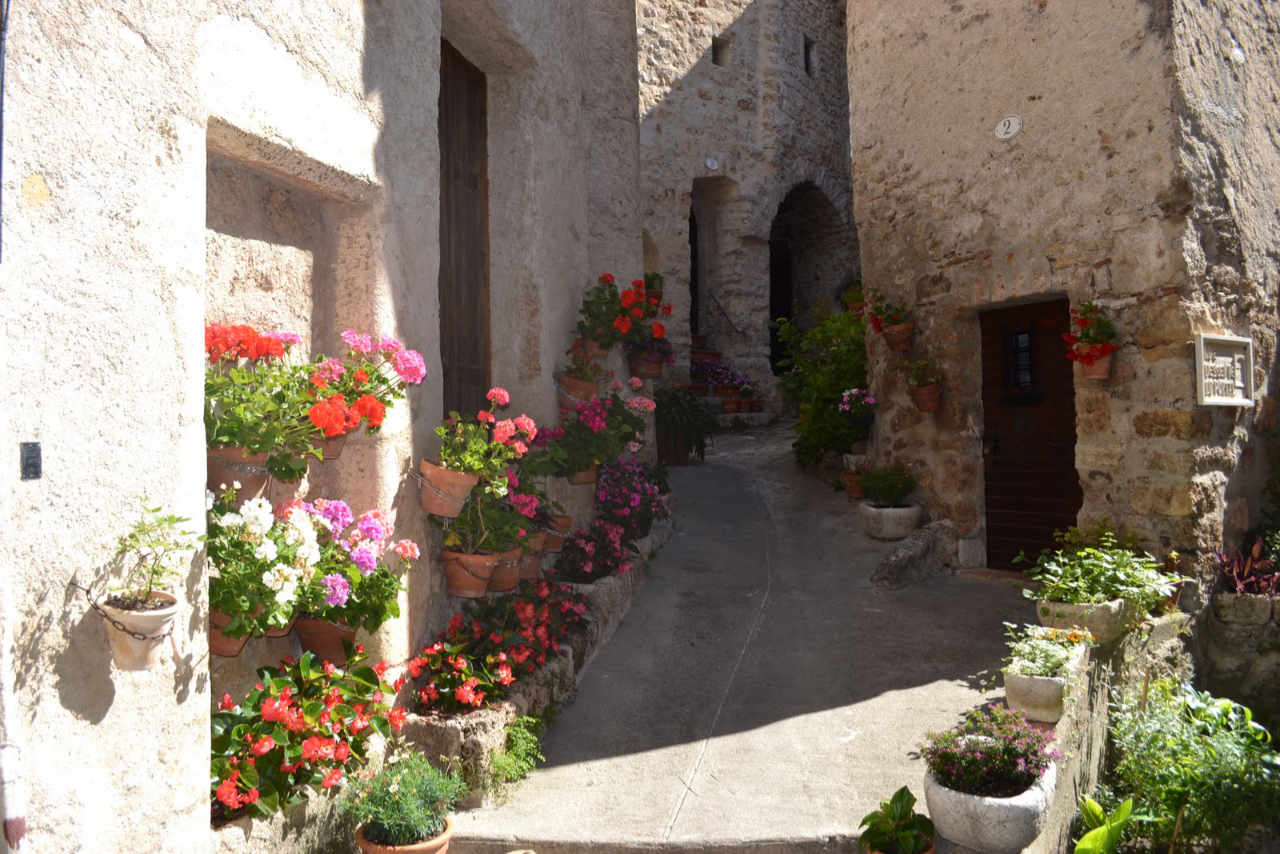 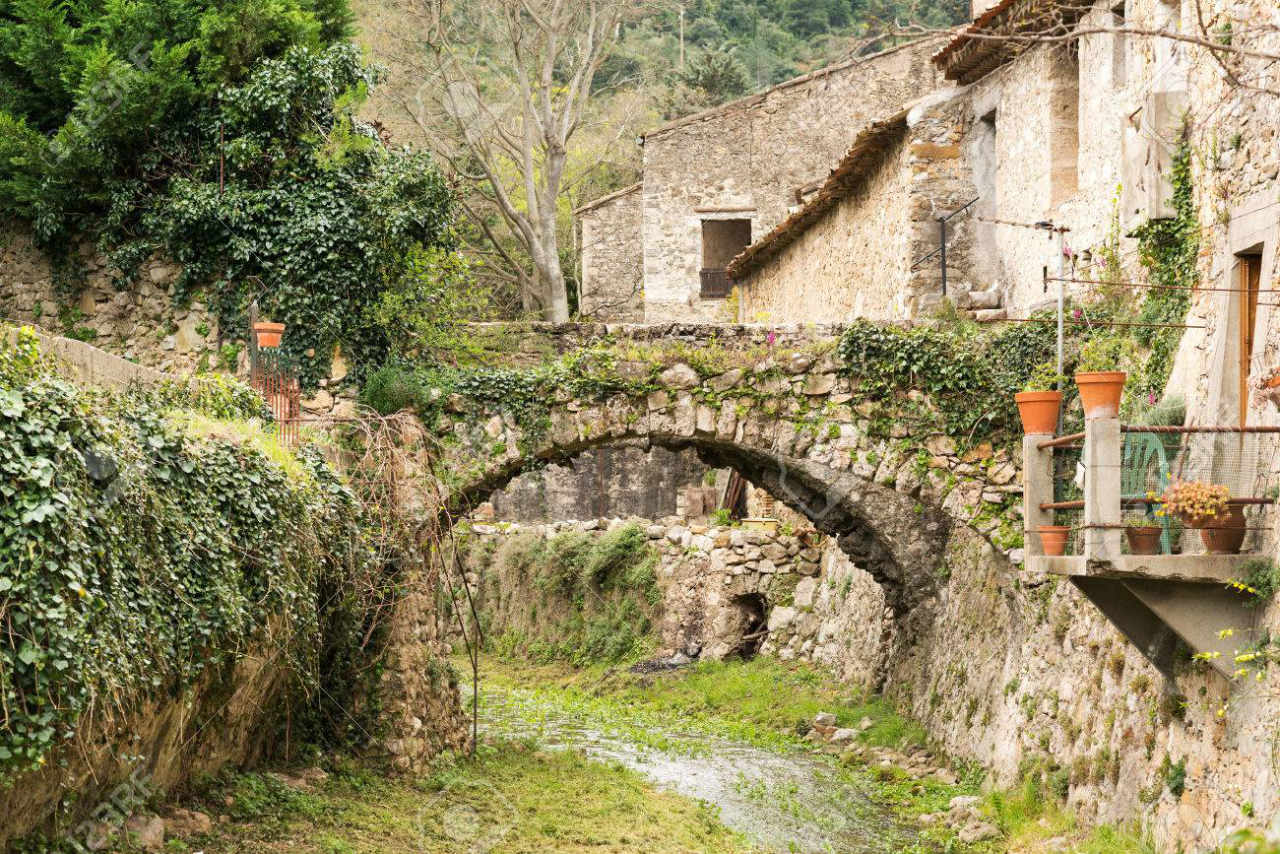 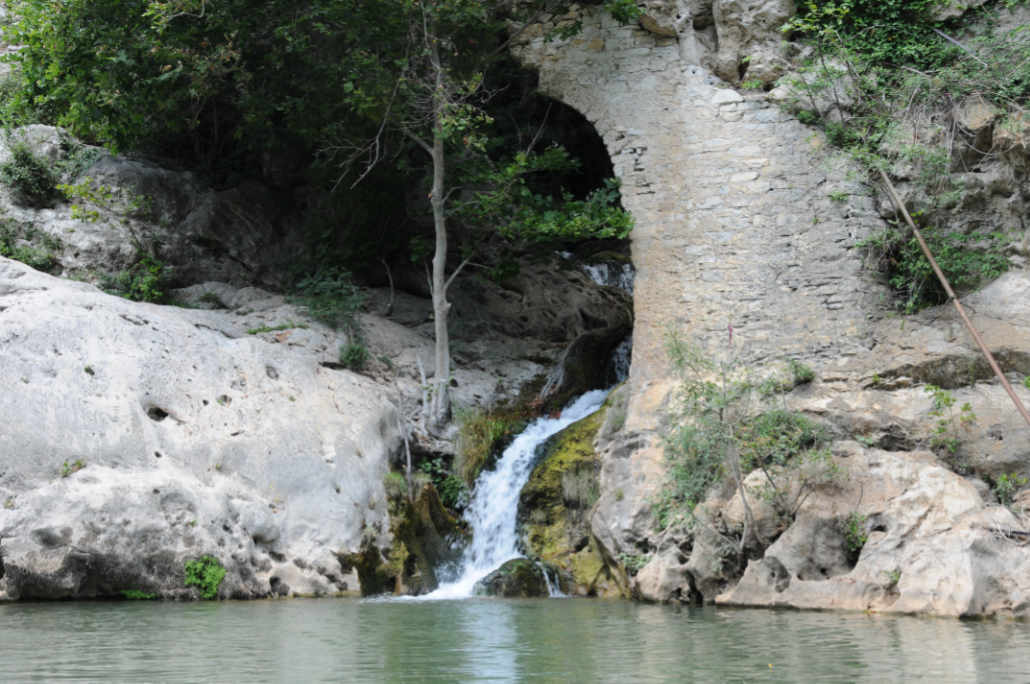 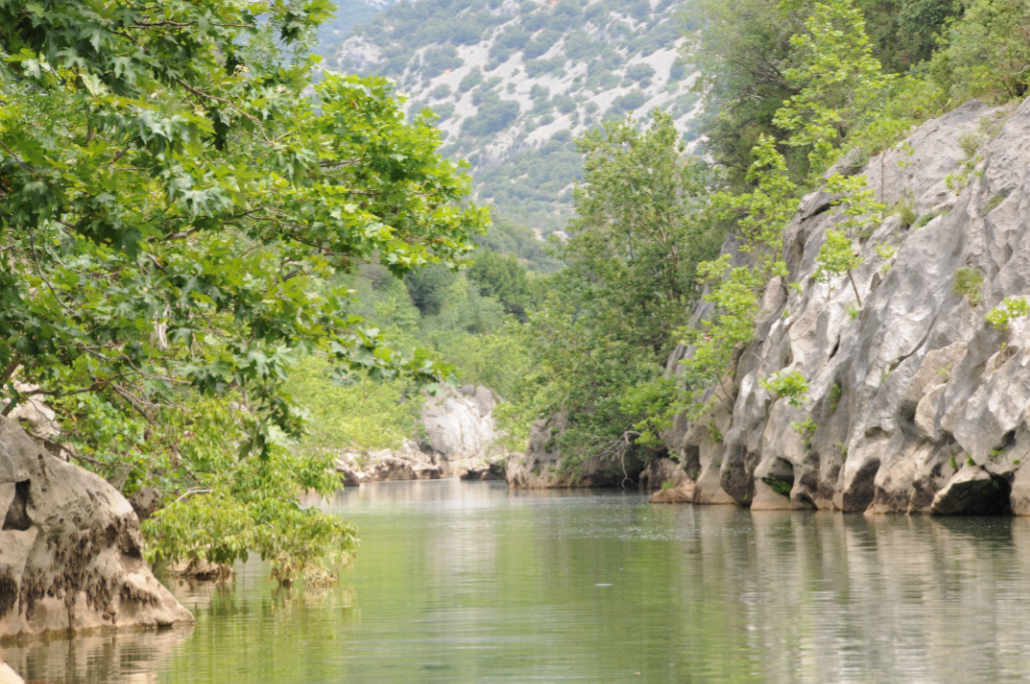 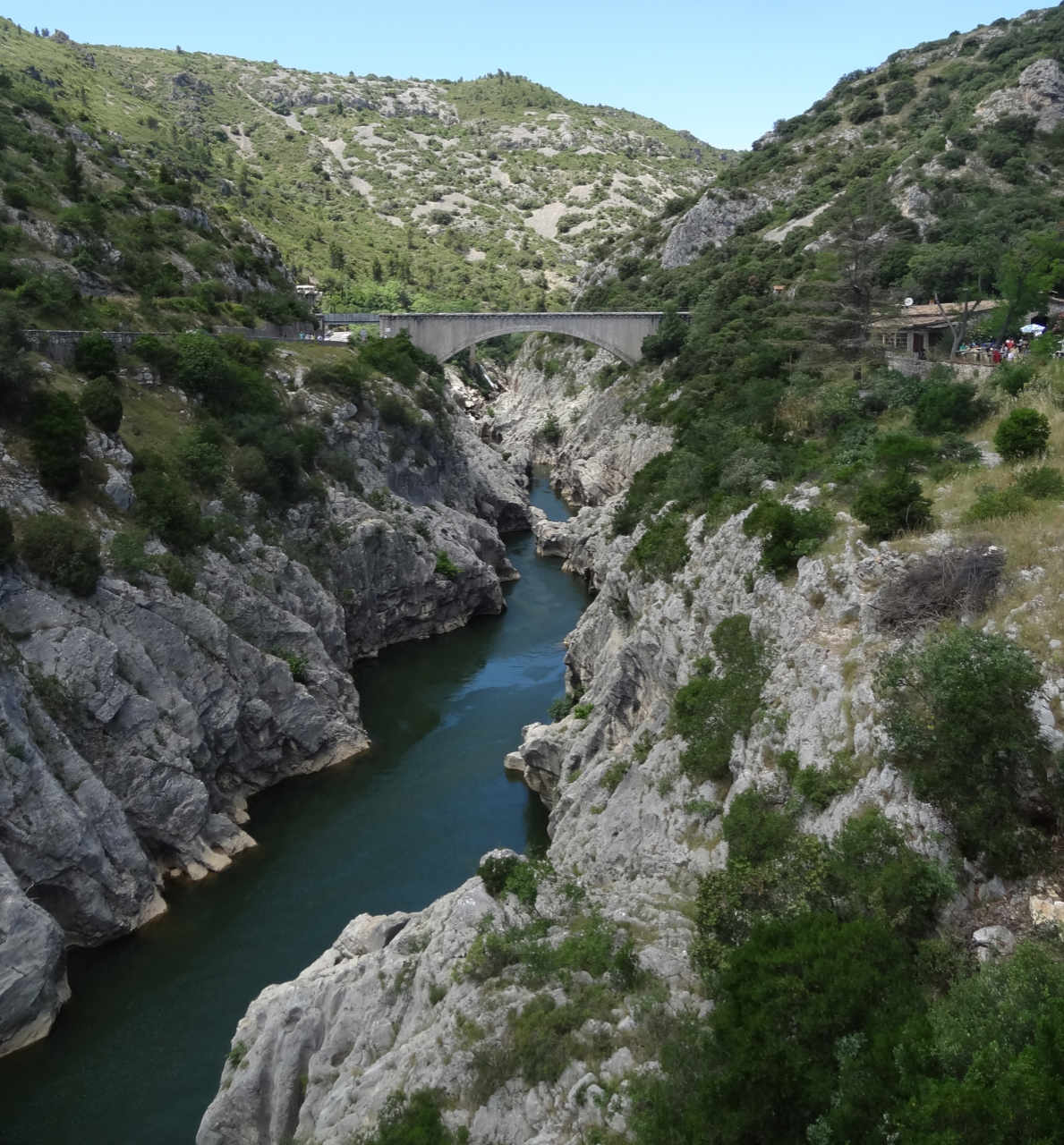 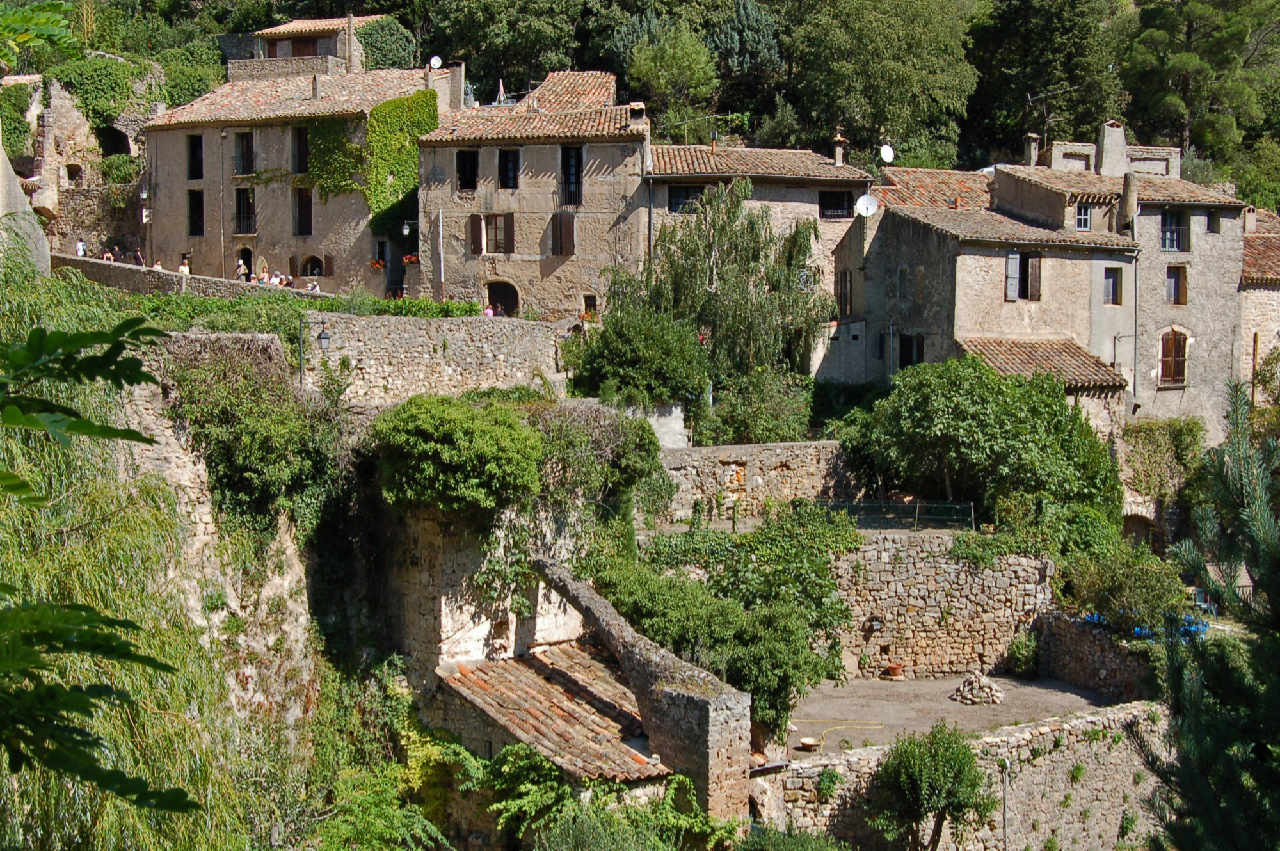 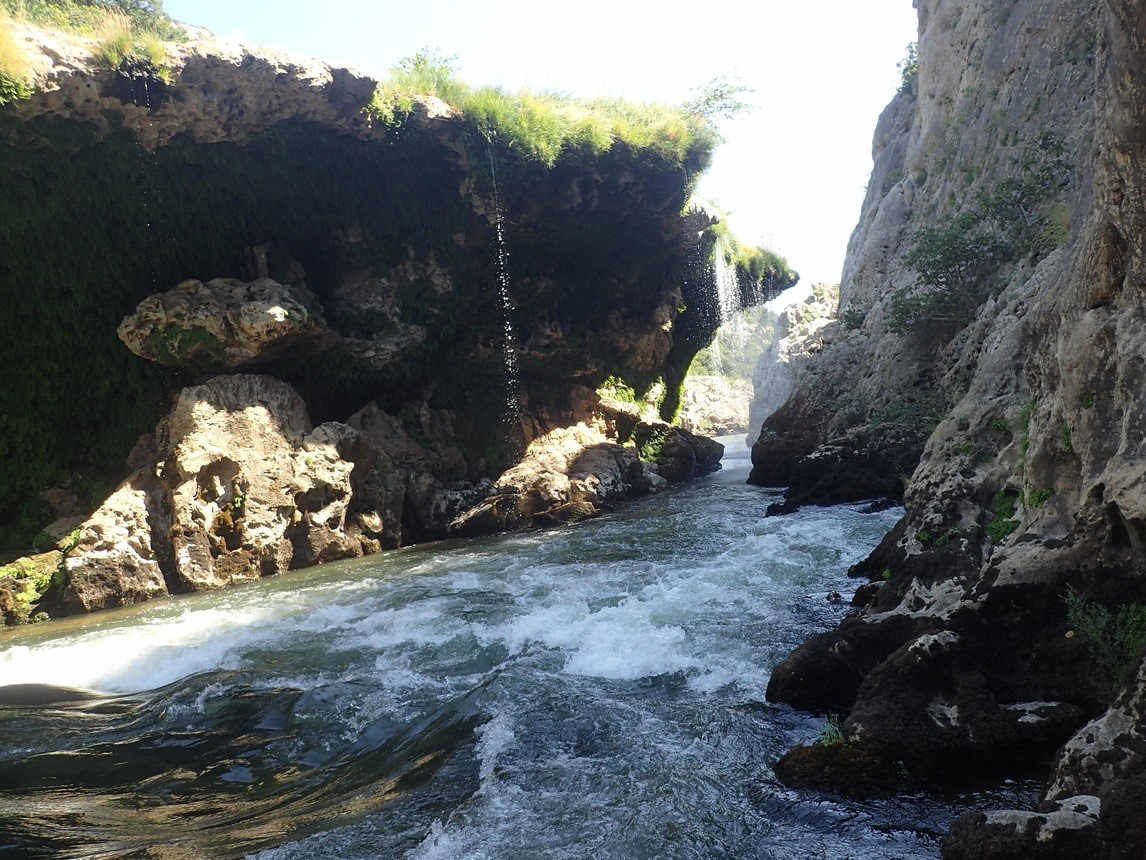 Although the village is quite small, it has plenty of small and narrow streets with cozy shops with the famous tourist offer. You are also at the right address for a snack and a drink. Especially around the central square near the church, Place de Liberté, there are plenty of nice tents. Saint-Guilhem-le-D-C3-A9sert street The narrow streets are old and beautiful. There is a huge tree and a fountain on the square and it has plenty of shady spots to enjoy a snack.

Could be combined with a visit to the Cirque de Navacelles, a huge cauldron formed by a glacier, the Pont de Diable or La Couvertoirade that is just around the corner, another ‘Les Plus Beaux Villages de France’ in this area but with a completely different history.

The Legend of the ‘Pont de Diable’

Every night, the Devil destroyed the work carried out by the two abbeys of Aniane and Gellone to build a bridge over the Hérault river.

Guilhem decided that he must come to an agreement with the Devil. He promised him the soul of the first creature to cross the bridge if the Devil would help him to build an indestructible bridge in that place. The Devil agreed. When the bridge was built, they rewarded him by sending a poor dog with a cooking-pot attached to its tail.

Maddened with rage, the Devil tried to destroy the bridge … in vain, of course!

Out of spite, he threw himself into the river at a place known as ‘The Black Abyss’.

“At St-Jean de Fos, despite the precautions taken to get rid of him. the Devil prowled around disguised as a billy-goat or a ram. He spitefully annoyed the entire local population and regularly attacked the church at St-Jean de Fos.

One day, the priest decided that this had been going on long enough. So he mounted an ambush, intending to sprinkle the Devil with holy water. But things didn’t go well: all the priest managed to do was enrage the Devil. After a furious battle, the priest lay dead and was carried off, spiked on the Devil’s horns.

The brave people of the village armed themselves with pikes and pursued the Devil shouting “pica lou! Pica lou!” (Stab him! Stab him!).

The Devil, weakened by the holy water, could only flee from the fury of the villagers. In a panic, he threw himself again into the ‘Black Abyss’ in the River Hérault, in the same place where he had jumped before. Ever since, pilgrims on the way to Santiago de Compostela who cross the Pont du Diable arm themselves with stones and throw them into the river, to be sure that the Devil will never again emerge from the ‘Black Abyss’. 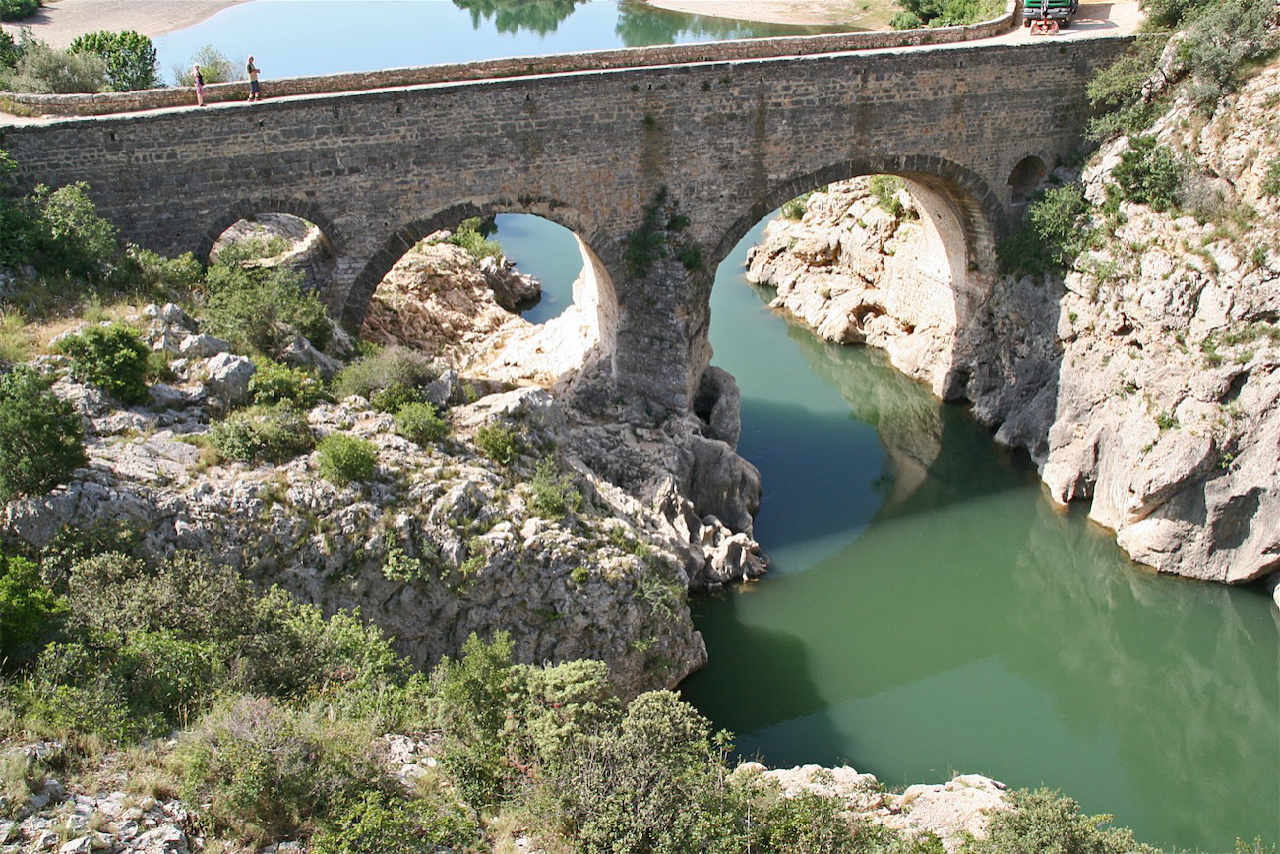 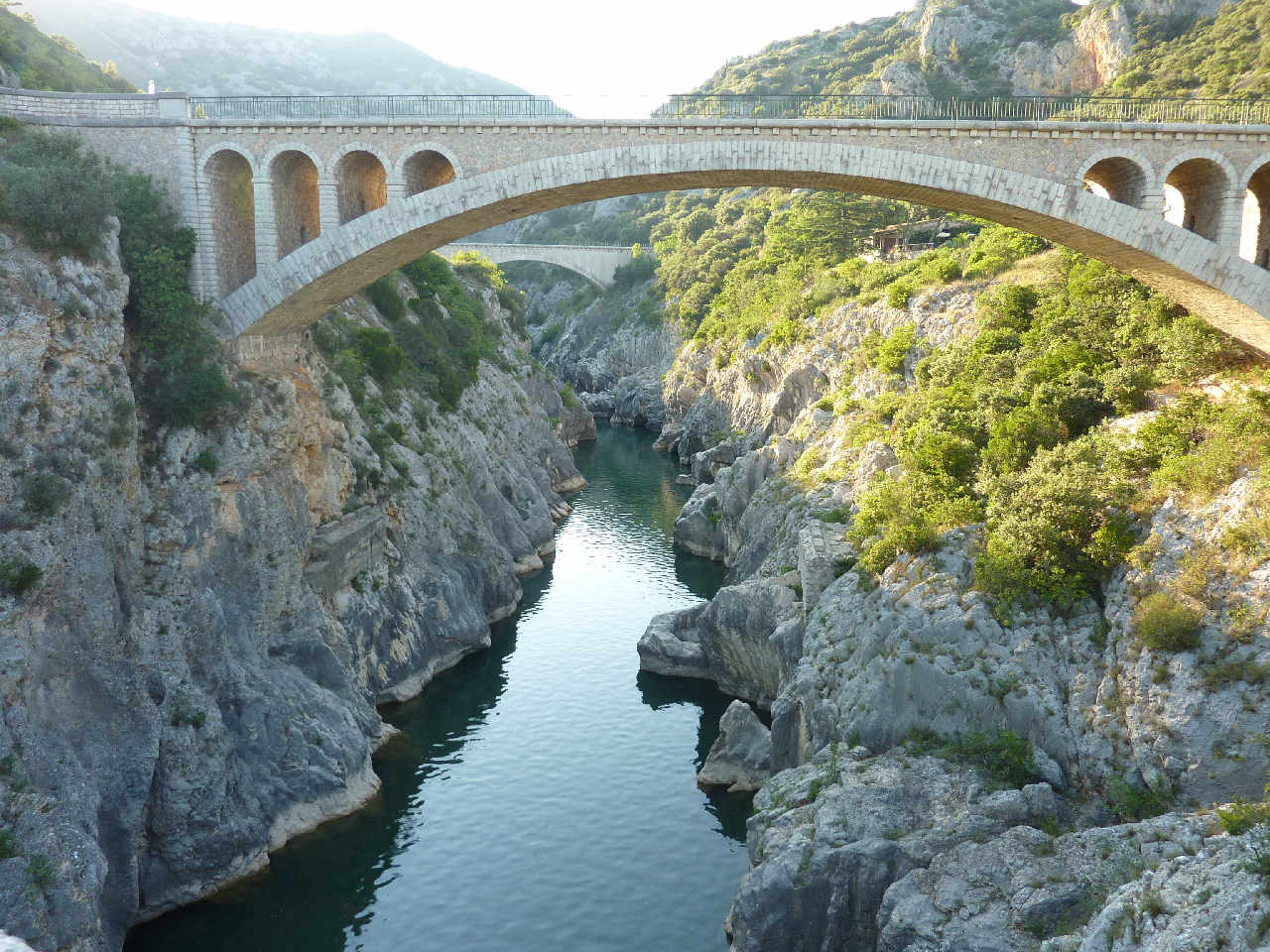 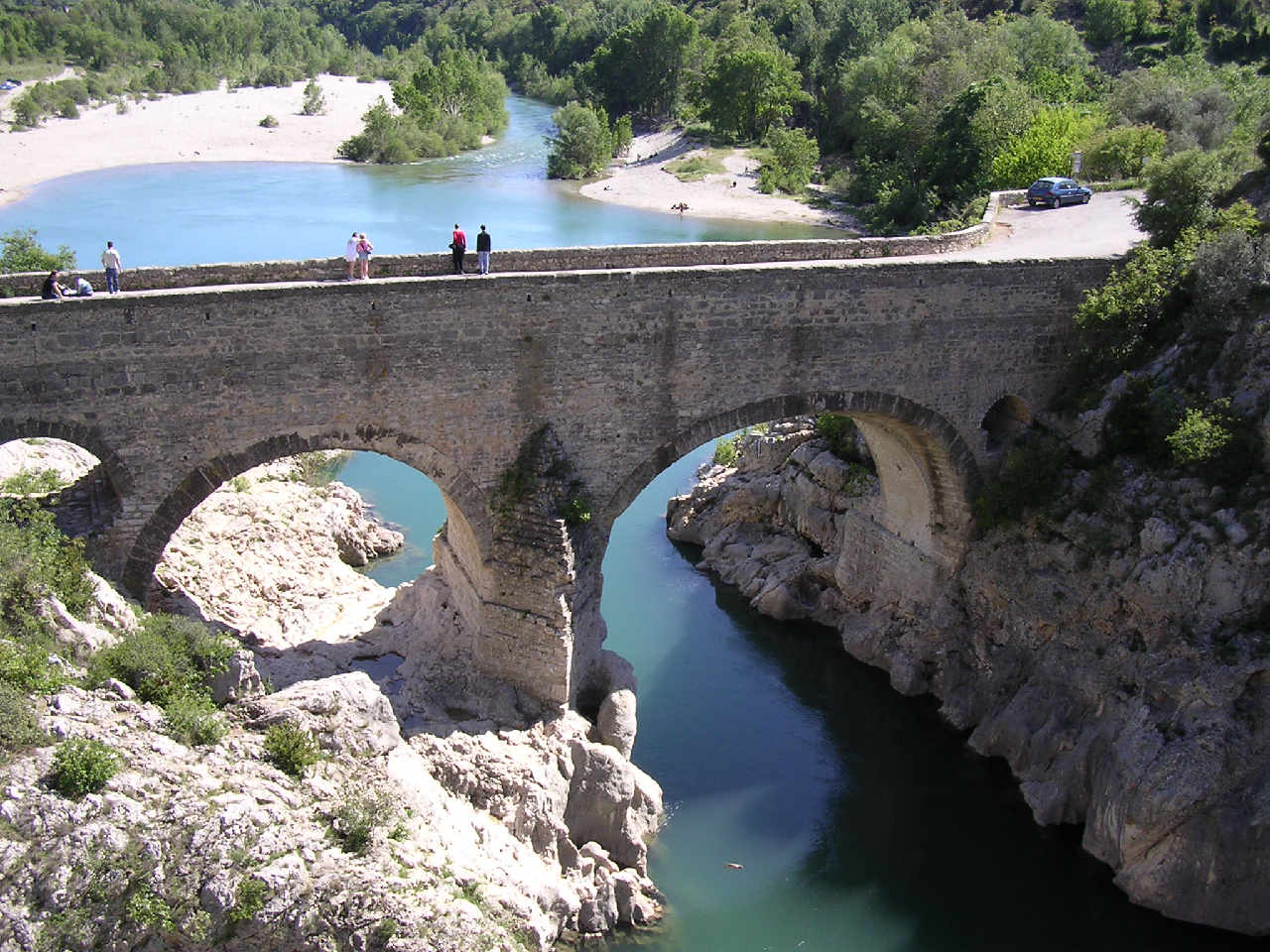 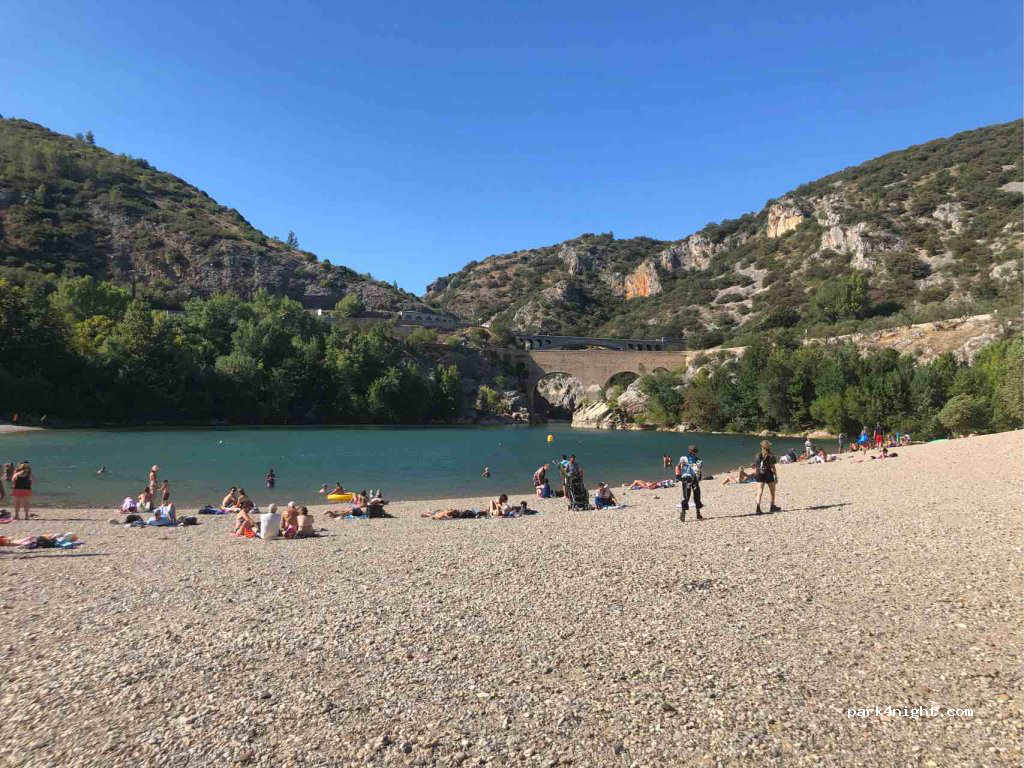