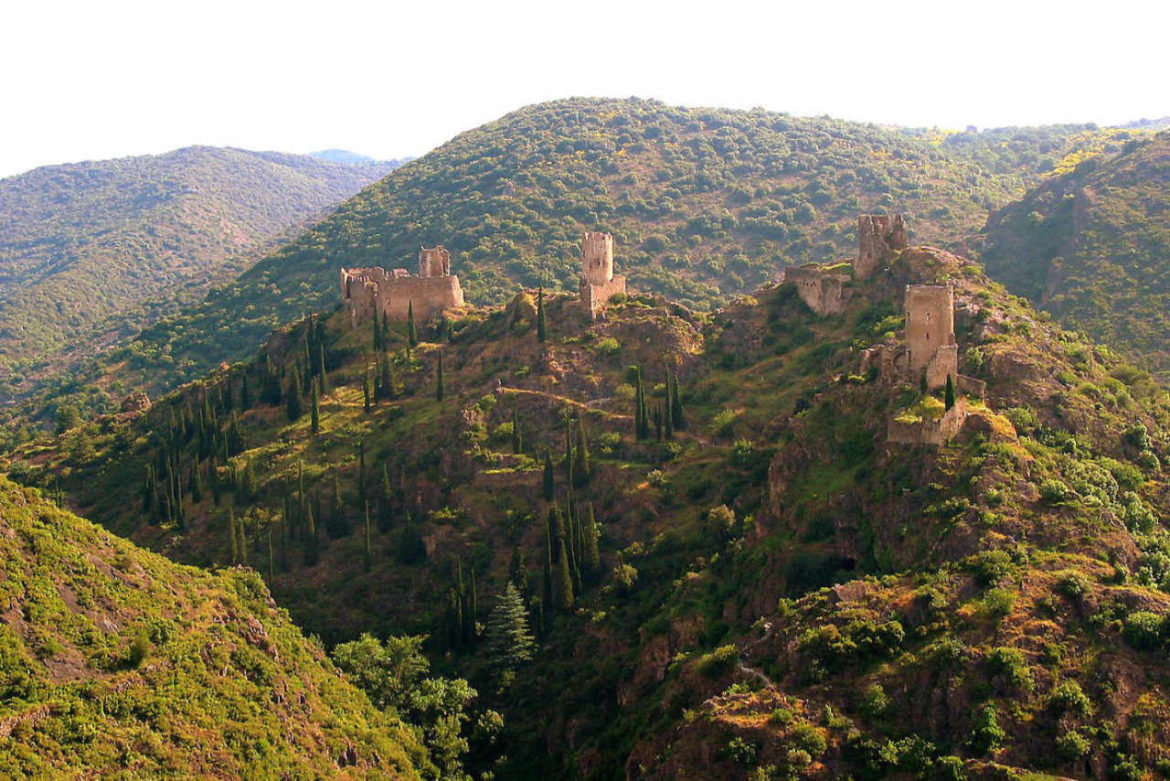 Lastours and its four castles invite you to discover its exceptional heritage just 20 minutes from Carcassonne.

Cabaret, Tour Régine, Surdespine and Quertinheux, perched on a rocky outcrop, proudly dominate the village along the banks of the Orbiel.
At the foot of the castles, the medieval village of Cabaret today reveals the remains of houses with stables, forges, craftsmen’s workshops, cobblestone streets … an exceptional place emerged from the oblivion where the lords of the crusade against the Albigenses.

Already known in 585 under the name of “Caput Arietis Castra”, it is in 1063 that the site asserts itself as important seigniory mining, “The Lordship of Cabaret”.

This seigniory is composed of three primitive castles already called Cabaret, Surdespine, Quertinheux as well as a medieval village (the “Castrum de Cabaret”). The lords occupy these castles and derive their wealth from the exploitation of iron mines.
This is the era of Catharism and the lords of Cabaret appear very close to the followers of this new religion. Pierre-Roger will be the most noticed in the whole region.
Houses of nuns and the regular presence of deacons and Cathar bishops confirm that the castrum is a hotbed of Catharism.
The lordship was besieged first in 1209 by Simon de Monfort without success and in 1227 by Humbert de Beaujeu who also failed.

Following the events of the Crusade against the Albigenses (1209-1229), the primitive castles and the medieval village are destroyed. “The Cabaretois and Cabaretoises” are brutally chased away from their houses, thus blocking in time “the lordship of Cabaret”. 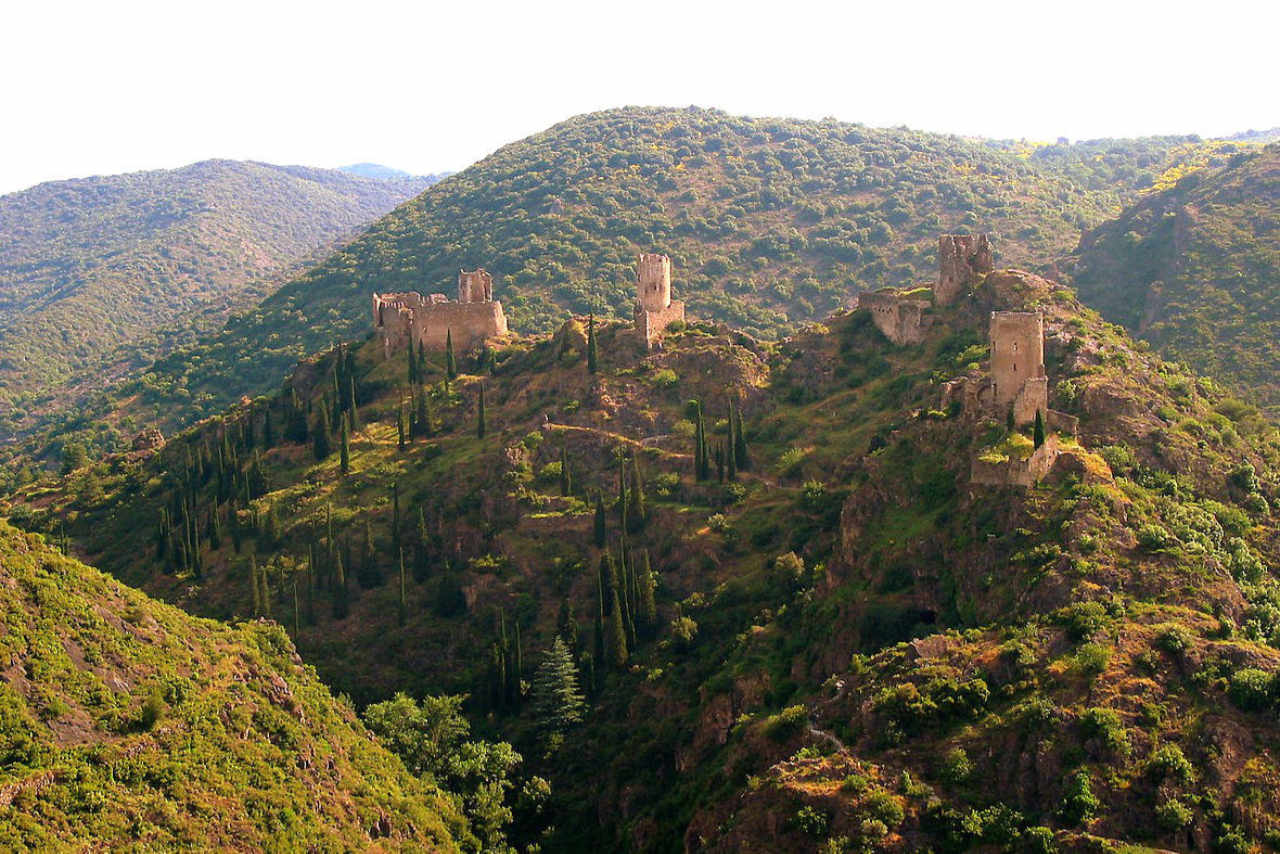 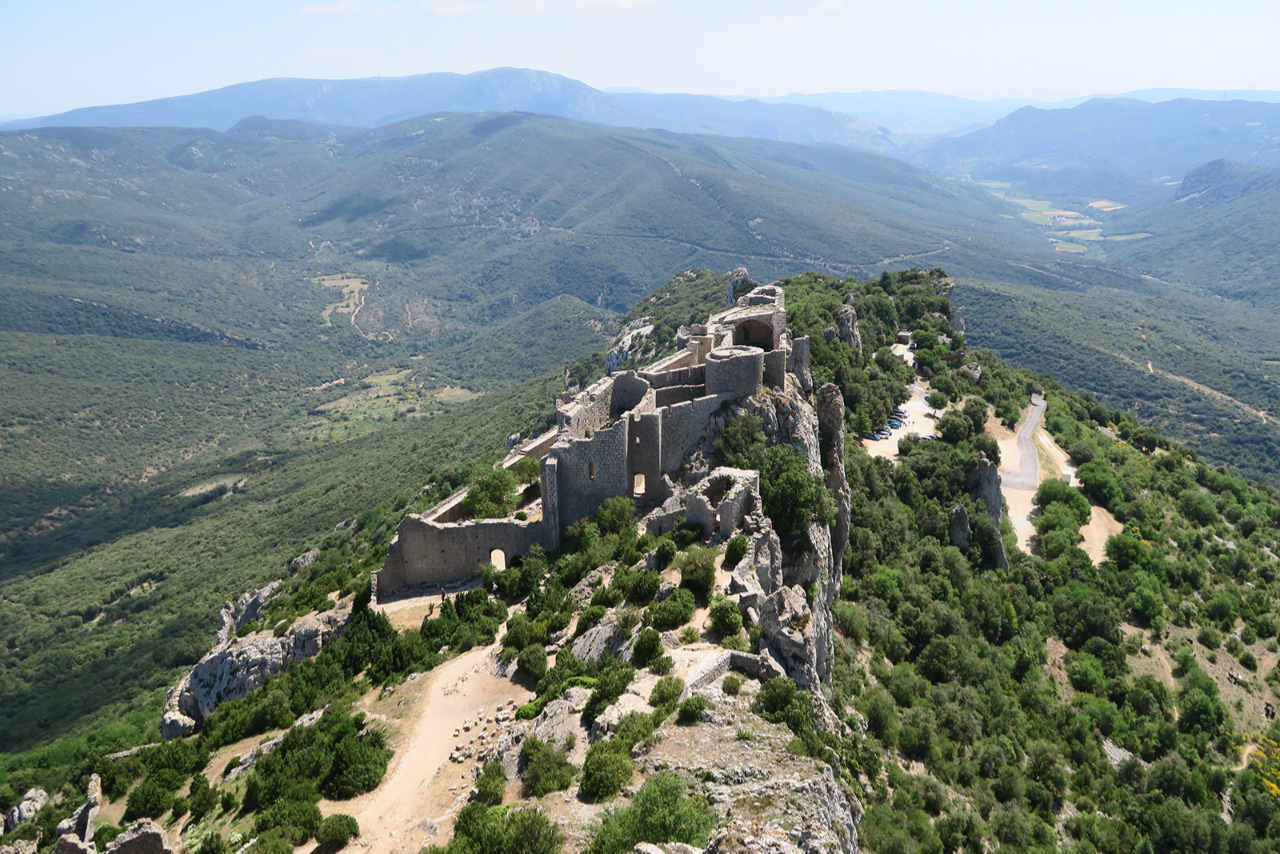 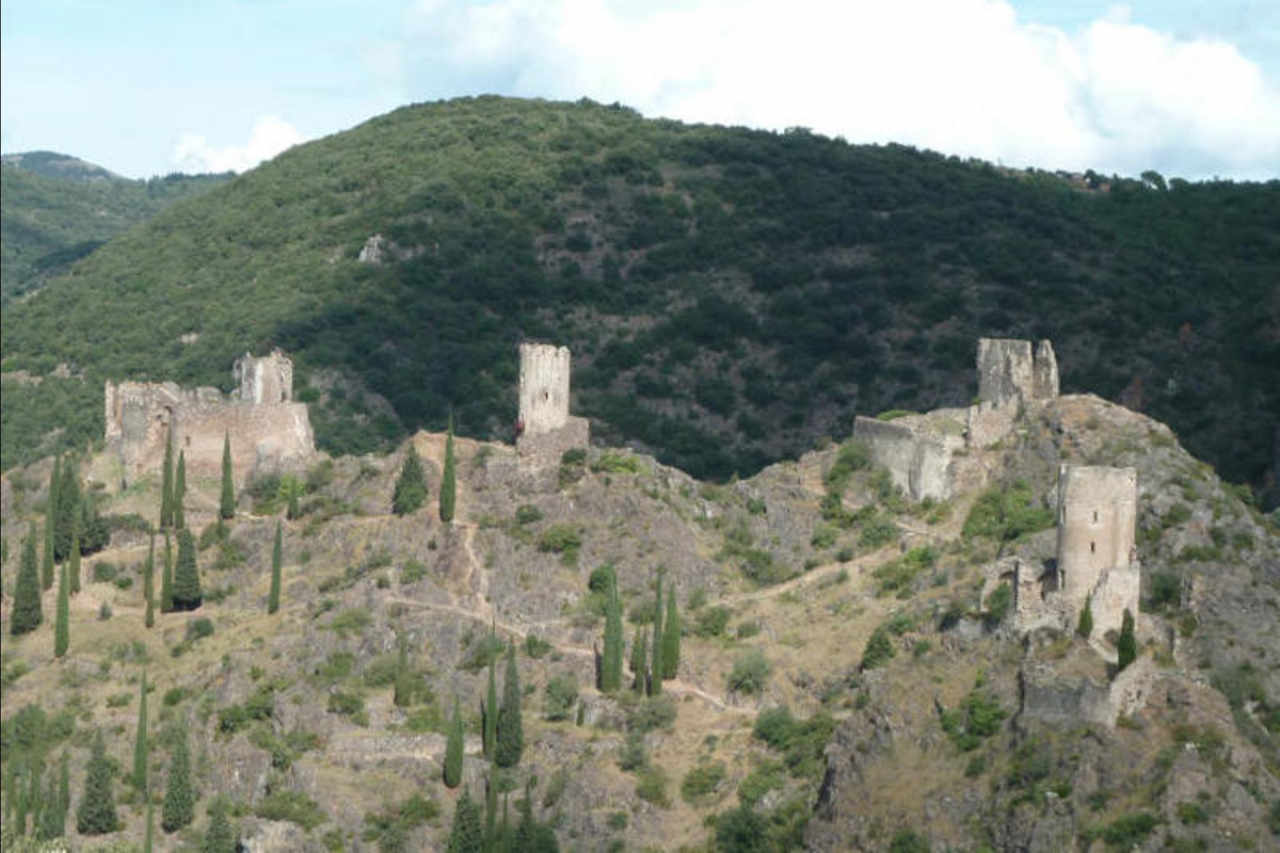 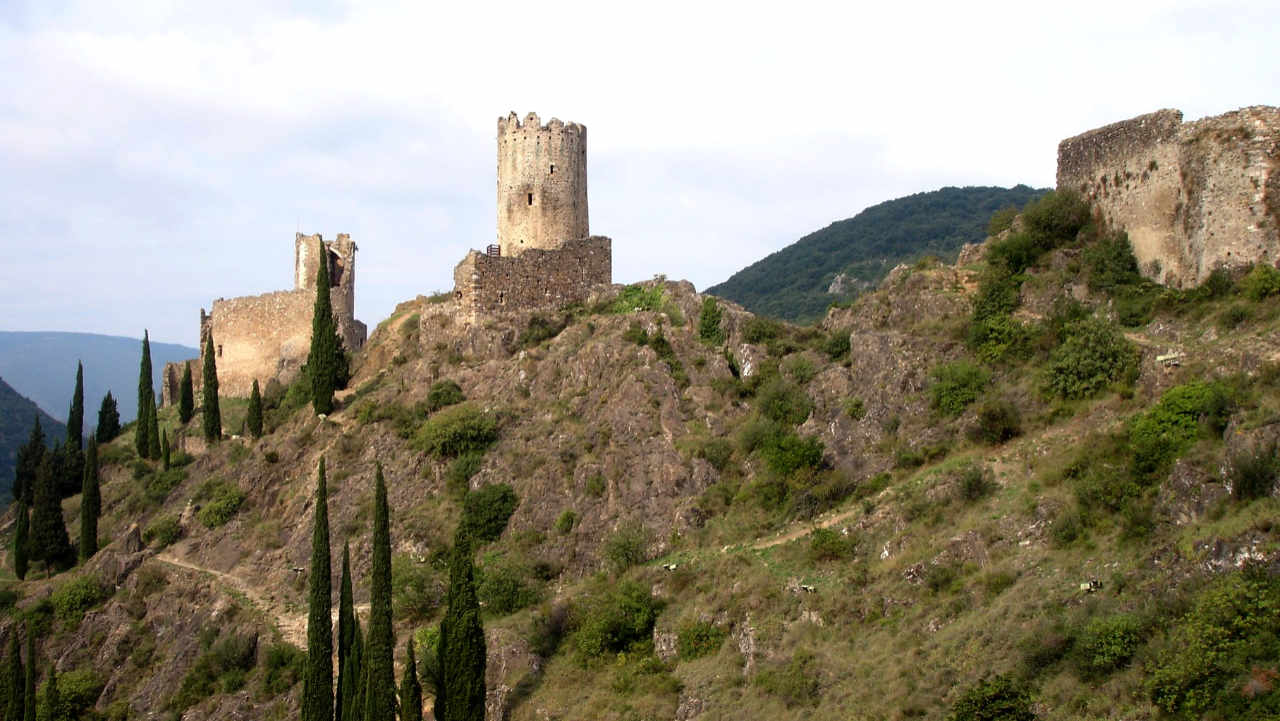 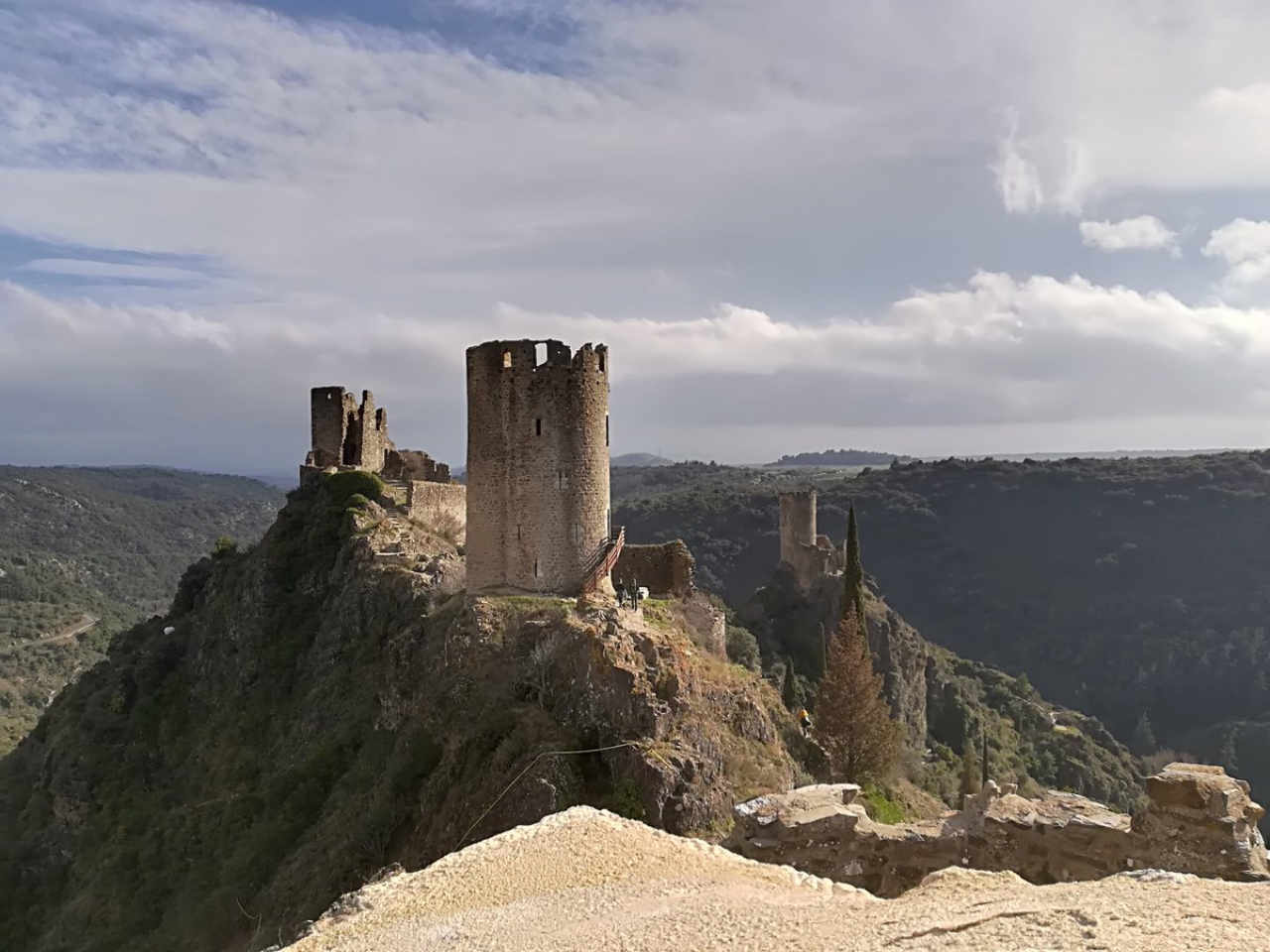 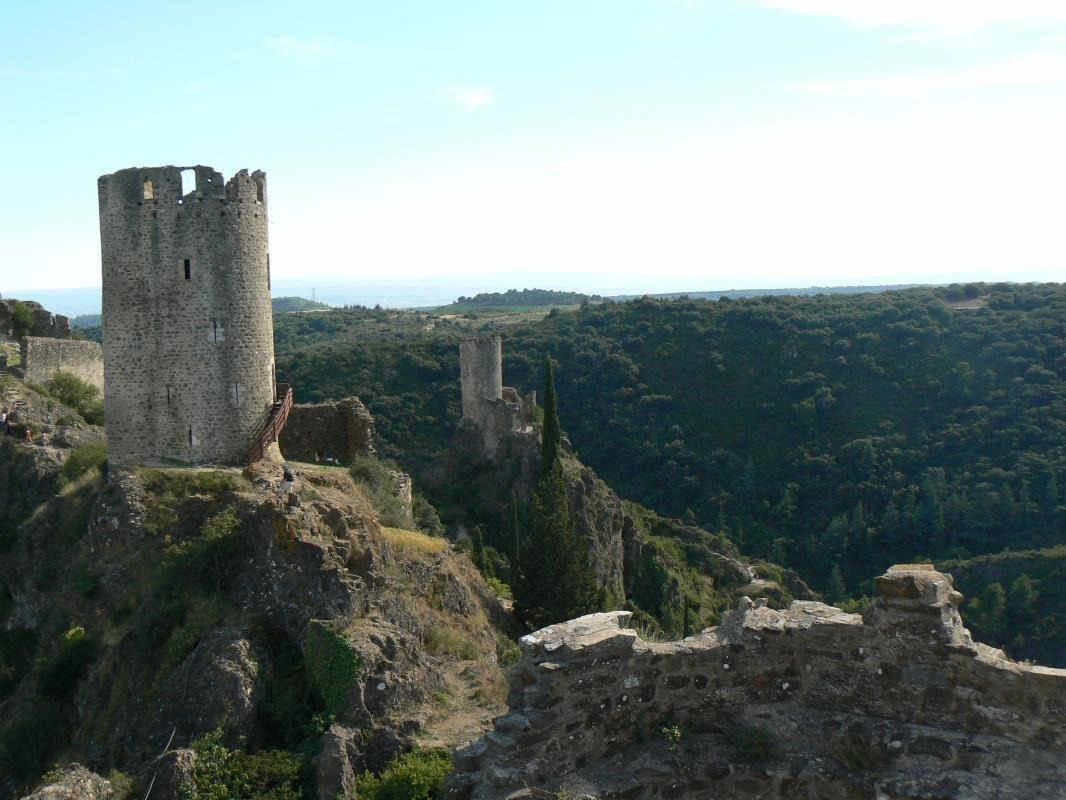 The new village of Rivière, attested from 1269, develops south of the castles, at the edge of the Orbiel. The name “Lastours” appears after the Revolution. The castles will be abandoned.The site of Lastours is one of the first classified “Historical Monument” of the department (1905).

Located north of the complex, Cabaret is the largest of the four. It has three parts: a polygonal dungeon, a main building and a curtain enclosing the whole. The dungeon, which is accessed by a narrow spiral staircase, has a five-pointed vault with one of the most beautiful views of the other three castles. This castle also has two cisterns.

The Régine Tower is composed of a circular tower covered by a beautiful spiral dome. This tower is identical to that of Quertinheux Castle. In its upper part, a double row of boulin holes was used to receive hoardings. A cistern is present in this castle as well as a latrine.

The castle of Surdespine is dominated by a square tower, separated from a house and attached to a cistern recognizable by its pink coating. This castle pierced by four semicircular windows is distinguished by the rarity of its loopholes.

Complex structure, the Quertinheux castle evokes a synthesis of Cabaret and Tour Régine. It consists of a circular tower and a curtain wall, as in Cabaret, a row of blind arches in broken arc. A chicane advance defends the main access.