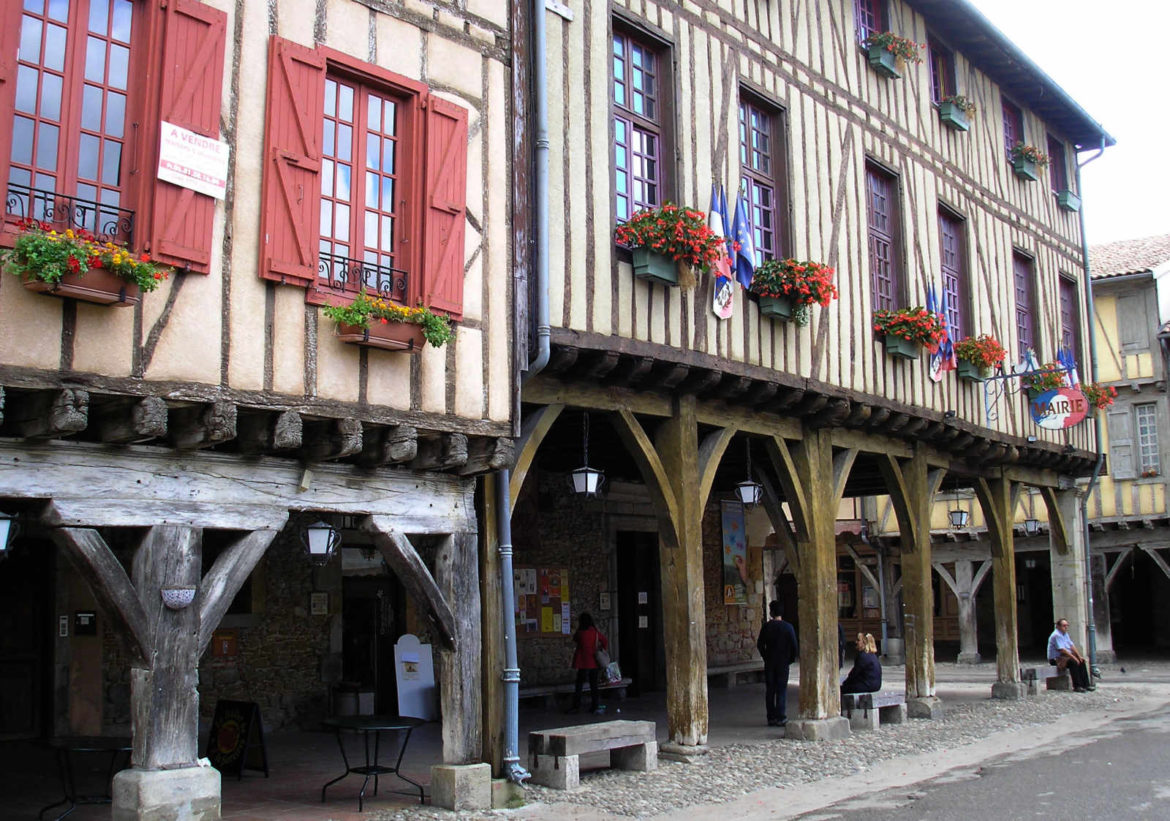 Mirepoix is situated in a valey between Carcassonne and Pamiers.

Mirepoix was captured in 1209 by Simon V de Montfort and given to one of his lieutenants, Guy de Lévis. The town, originally on the right bank of the Hers-Vif, was destroyed by a violent flood in 1289. It was rebuilt by Jean de Lévisin 1290, on an elevated natural terrace on the other side of the river. The layout of the town center has not changed since the 13th century.

The ‘Cathédrale Saint-Maurice de Mirepoix’, a former Roman Catholic cathedral and national monument of France, was the seat of a bishopric until 1801. 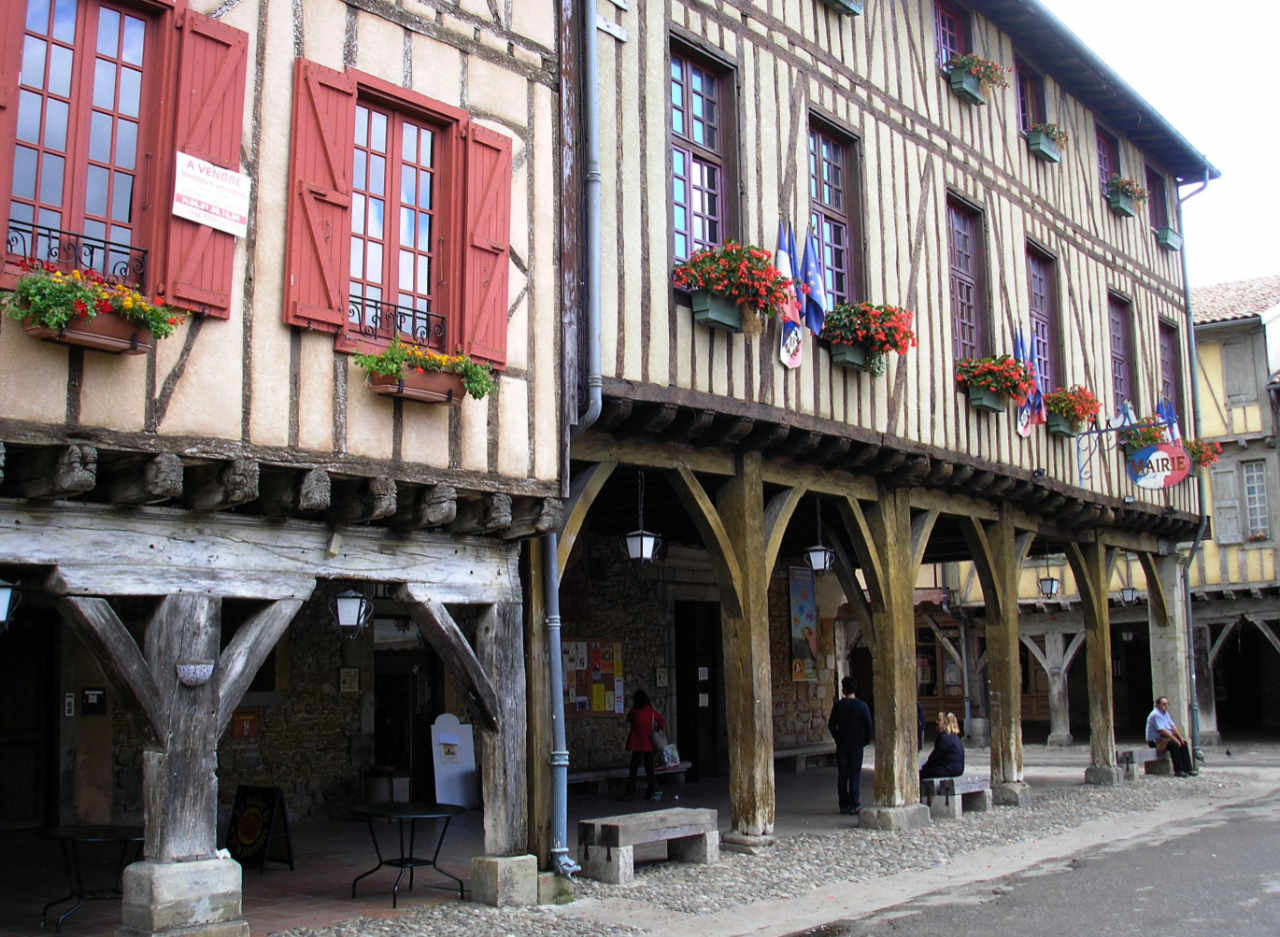 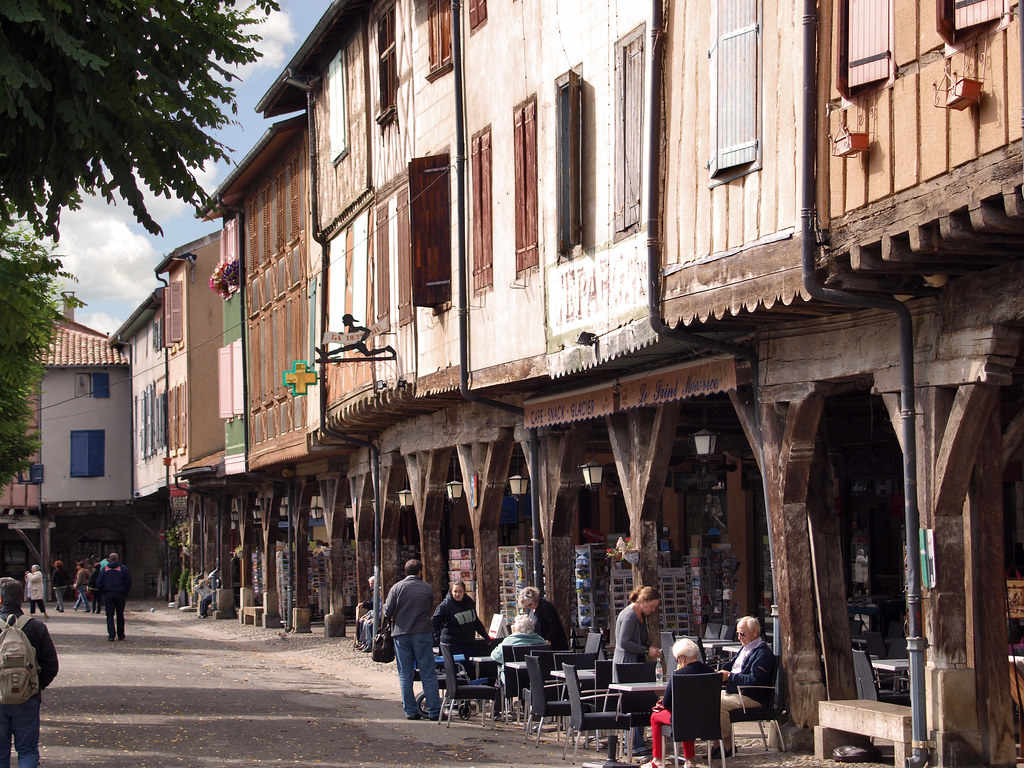 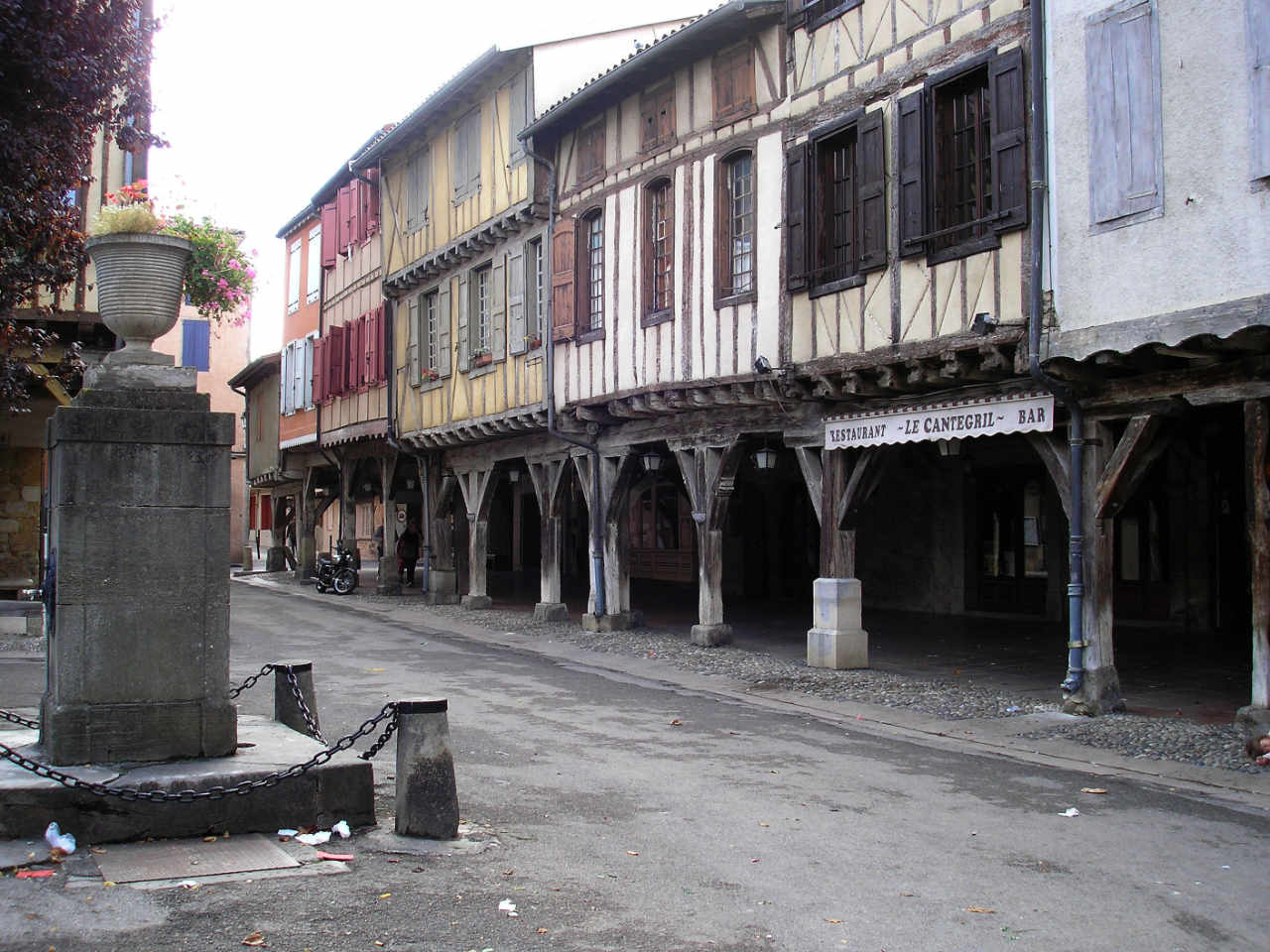 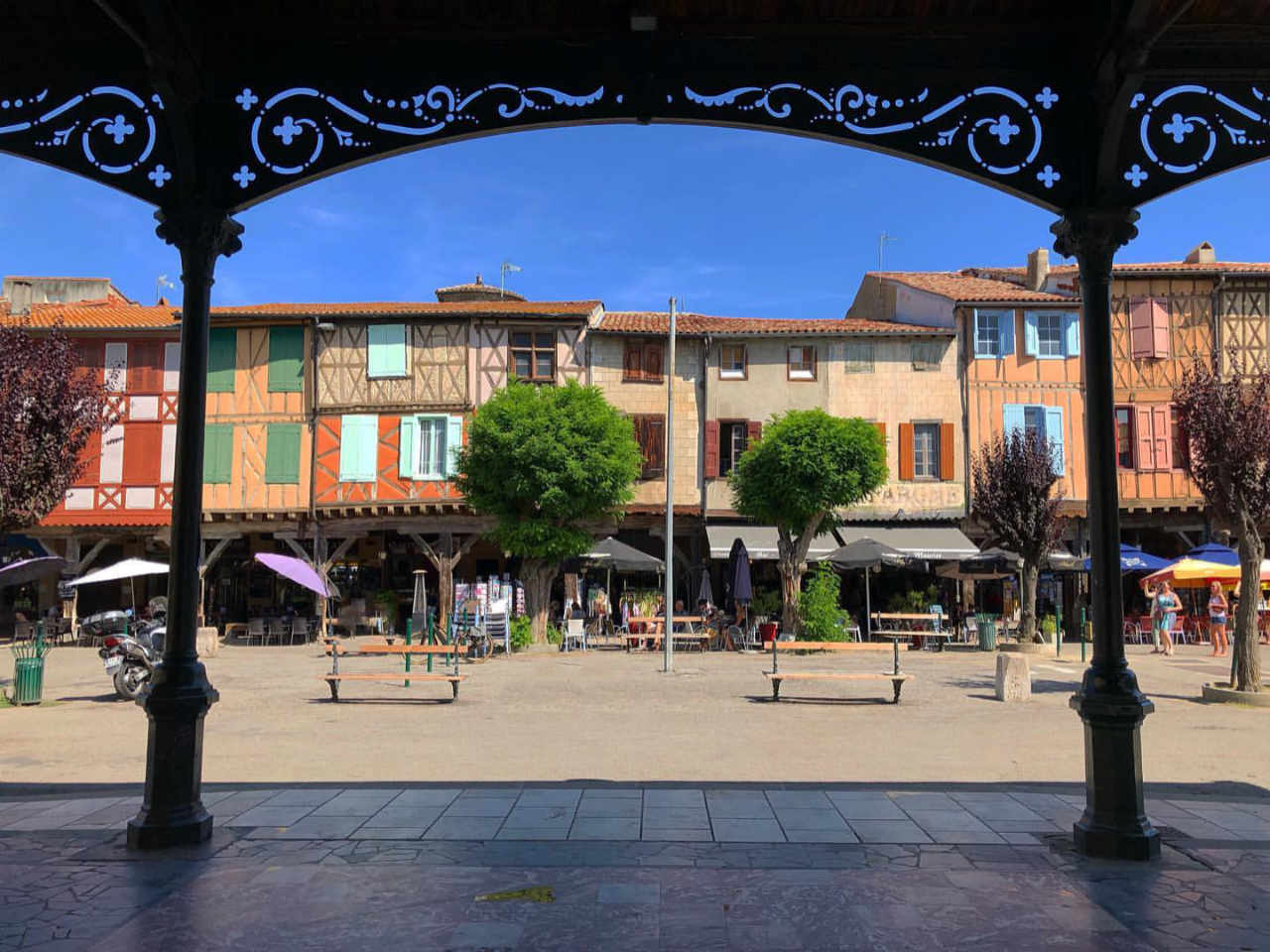 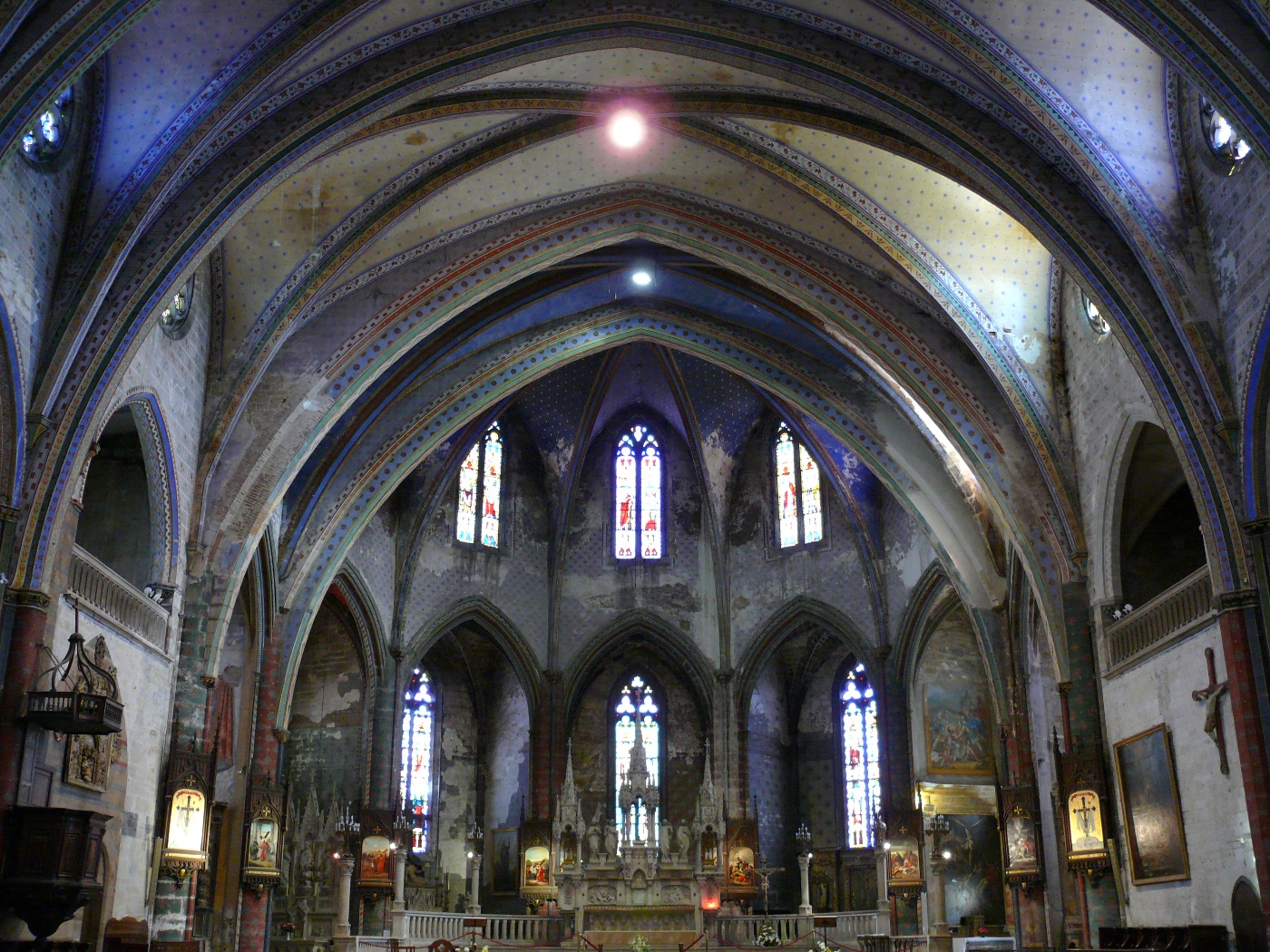 At the heart of Mirepoix is one of the finest surviving arcaded market squares – Les Couverts- in France. The square is bordered by houses dating from the thirteenth to the fifteenth centuries.

The mediaeval Maison des Consuls (council house) has rafter-ends carved with dozens of images of animals and monsters, and caricatures of mediaeval professions and social groups.

The cathedral of St-Maurice has the second widest Gothic arch in Europe (after Girona in Catalonia, Spain). The foundation stone was laid by Jean de Lévis on the 6th May 1298. Construction continued, with interruptions, over the next six centuries. The cathedral was restored in 1858 and 1859 by Prosper Mérimée, and Eugène Viollet-le-Duc.

Mirepoix’s bridge is 206 meters long and has seven arches. It is the work of architect Jean-Rodolphe Perronet (1708–1794), whose best known works are the Pont de la Concorde in Paris (1787–1791) and the bridge of Nantes. Work on its construction was started in 1776. Near the bridge and closer to town a much smaller bridge passes over a canal; near this layer bridge is the ‘chêne vert’, an ancient oak tree about 800 years old.

The first mention of the ancient Château de Terride dates from 960. It was captured (together with Mirepoix as a whole) by Simon de Montfort on 22 September 1209. The castle took the name of ‘Terride’ in the 16th century.